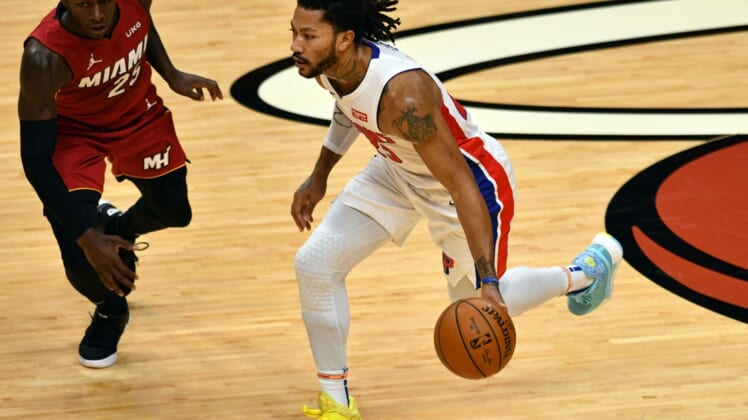 The New York Knicks, among other teams, have expressed interest in trading for Detroit Pistons veteran point guard Derrick Rose, according to Shams Charania of The Athletic.

Rose is averaging 14.8 points per game and 4.6 assists off the bench for Detroit.

The Knicks’ connection to Rose is through head coach Tom Thibodeau, who coached the point guard for five seasons in Chicago, including a 2010-11 MVP season.

Thibodeau also coached Rose in his time with the Minnesota Timberwolves from 2017-19.

The Los Angeles Clippers have also reportedly expressed interest in Rose. Los Angeles is looking for a reliable scorer alongside stars Kawhi Leonard and Paul George.

Rose is an impending free agent for the last-place Pistons, who are looking to rebuild and drafted their point guard of the future in Killian Hayes this offseason.