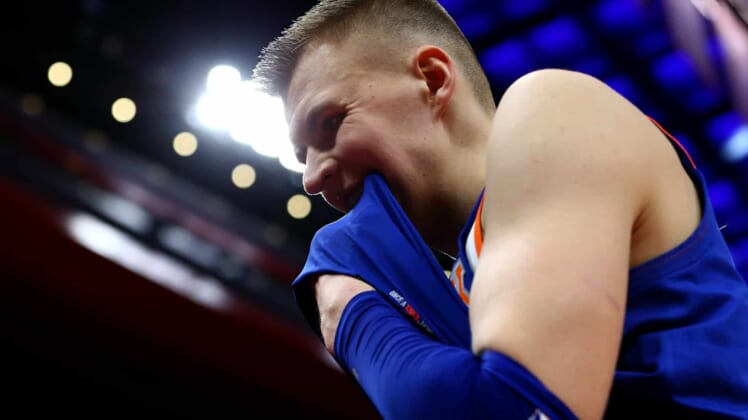 This is it. This is the end. Kristaps Porzingis suffers knee injury after dunking on Giannis Antetokounmpo, carried to locker room. pic.twitter.com/fqQK5TTbDy

Needless to say, the injury itself didn’t look good.

Now, according to the Knicks themselves, Porzingis has suffered a torn left ACL.

Medical Update: An MRI confirmed that Kristaps Porzingis tore the ACL in his left knee.

It goes without saying that the unicorn will miss the remainder of the season. Based on the timeline it takes to recover from this type of injury, his availability for the start of next season is now in question.

This is some absolutely brutal news for Porzingis and the Knicks. It’s also a continuation of what has been a disastrous trend of star players suffering serious injuries around the NBA. Just ask All-Star DeMarcus Cousins.

Averaging 22.9 points thus far this season, the 22-year-old Porzingis has become a brand in the big apple. Obviously, this injury impacts the youngster’s progression. It’s nothing less than a devastating injury for Porzingis and the Knicks, as well as those of us who enjoy good basketball.