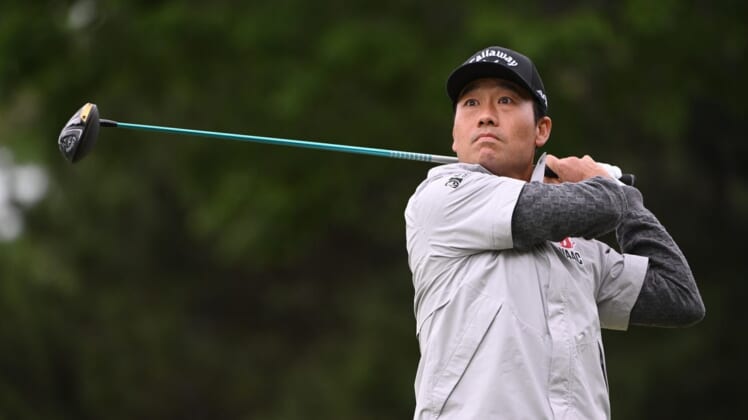 Kevin Na is resigning from the PGA Tour and will join the Saudi-backed LIV Golf Invitational Series, he announced Saturday.

A five-time winner on the PGA Tour, Na announced on social media that his reasoning for his resignation is to avoid facing potential discipline and/or legal action for competing in the rival tour. PGA Tour commissioner Jay Monahan previously told tour members that players who elect to participate in the LIV league face disciplinary action, which could include fines, suspensions and potential banishment from the PGA Tour.

“For 19 years, I’ve played on the PGA Tour and I have loved every minute of it. I appreciate the platform the tour has provided me to play the game that I love and for the opportunities that have come with it,” Na, 38, wrote on both Twitter and Instagram.

“Recent developments in the professional golf world have given me a chance to reconsider my options. I would like the freedom to play where I want and exercising my right as a free agent gives me that opportunity. However to remain a PGA Tour player, I must give up my right to make these choices about my career. If I exercise my right to choose where and when I play golf, then I cannot remain a PGA Tour player without facing disciplinary proceedings and legal action from the PGA Tour.

“I am sad to share that I have chosen to resign from the PGA Tour. This has not been an easy decision and not one I take lightly. I hope the current policies change and I’ll be able to play on the PGA Tour again.”

This was a very difficult decision for me. I hope my fans will continue to support me wherever I choose to play. Thank you. pic.twitter.com/3Vp2e7cPfH

Na, who is ranked 33rd in the world, was listed in the field for next week’s inaugural LIV Golf Invitational Series event outside London. Other notable names in the field include former world No. 1 Dustin Johnson, Englishmen Lee Westwood, Ian Poulter and Richard Bland, Spaniard Sergio Garcia, Talor Gooch, Germany’s Martin Kaymer and South Africans Louis Oosthuizen and Branden Grace.

Na’s most recent victory was the 2021 Sony Open in Hawaii. Na, who has earned nearly $38 million during his PGA Tour career, was born in South Korea and lives in Las Vegas.

“For now, please keep an eye out for LIV Golf,” Na wrote. “It is an exciting new product and I hope you will enjoy the buzz it brings to golf. I am thrilled to begin the next chapter in my career, starting next week at the inaugural LIV Invitational series event in London. I hope you’ll continue to support me.”