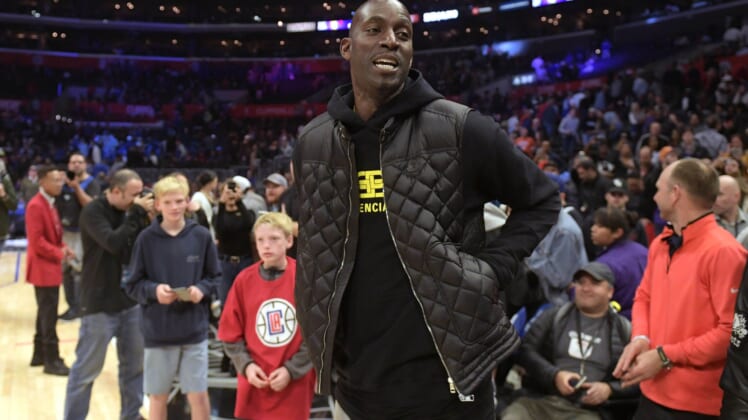 Minnesota Timberwolves legend Kevin Garnett is reportedly part of a group of investors looking to purchase the franchise from CEO Glen Taylor.

Shams Charania of The Athletic broke this news on Tuesday evening.

Garnett, of course, began his legendary NBA career with the Timberwolves, playing for the NBA franchise from 1995-2007.

This breaking news comes on the heels of a report Tuesday that Taylor has retained The Raine Group, an international bank, as he explores the sale of the NBA franchise.

According to Scott Soshnick of Sportico, offers have already been made.

Per the report, Taylor is asking for at least $1.2 billion for the franchise that he purchased for the relatively low price of $88 million back in 1995.