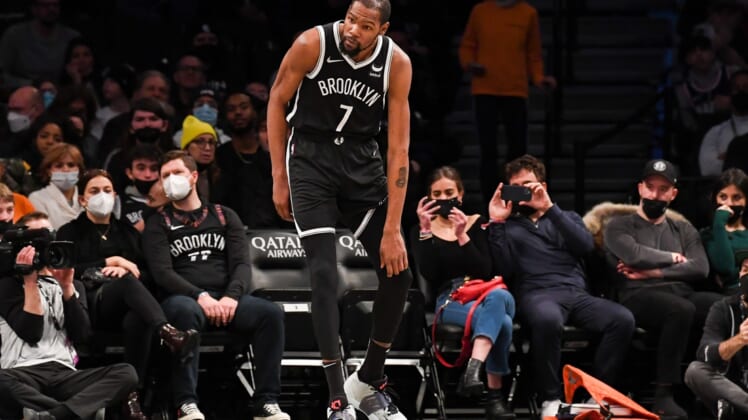 Brooklyn star Kevin Durant confirmed after the morning shootaround that he will indeed return for the Nets’ game against the visiting Miami Heat on Thursday night.

Durant was removed from the injury report Wednesday after missing a month and a half with a sprained left MCL.

“I feel energized,” Durant said Thursday. “I feel grateful for the opportunity to play. It sucks being out and not being around the team. I felt bad not being able to help and contribute and try to turn some things around for us. But get an opportunity tonight and hopefully moving forward where I can inject what I do into this team and it hopefully it provides some good results.”

The Nets enter Thursday 32-31, good for eighth place in the Eastern Conference. The Nets have 19 regular season games left to play their way out of the play-in tournament.

They still don’t know when Ben Simmons (back) will be ready to make his season and team debut while Kyrie Irving still can’t participate in home games due to his refusal to get the COVID-19 vaccine.

“We are cutting it close. There’s under 20 games left in the season, but that’s the situation we’re in, that’s the circumstances we’re in. So what? We got to go out there and figure it out,” Durant said. “We know what the standings are. We know everybody’s telling us every day how far we’re dropping and where we may end up, constantly telling us the situation we’re in.”