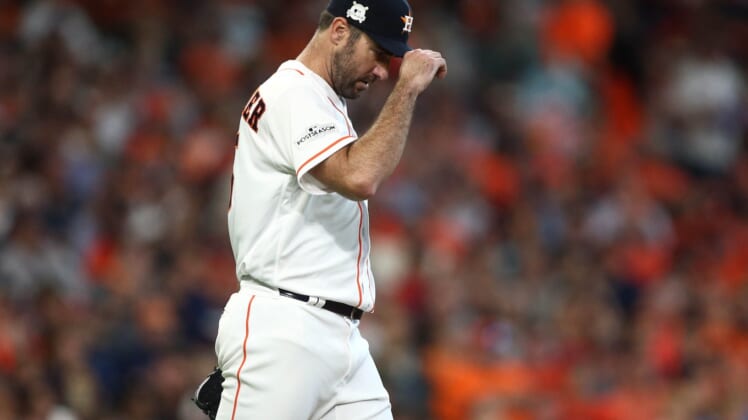 Houston Astros starting pitcher Justin Verlander has been known for being outspoken about issues that impact the integrity of the game. Now, after the Astros were punished for cheating in 2017, Verlander is apologizing for not speaking up in his own clubhouse.

Speaking to reporters at the start of spring training, Verlander shared how he became aware of the team’s trash-can banging and video replay system when he arrived. Reflecting back on it now, after the team won the 2017 World Series and finally got caught, the All_Star pitcher wishes he would have stopped it.

Verlander wouldn’t go into detail about what he said to his teammates at the time to try and stop it. The future Hall of Famer also didn’t want to share his reactions to the Astros’ scheme when he arrived in Houston.

While Verlander was new to the team when the Astros acquired him on Aug. 31, he was an accomplished pitcher with a Hall of Fame resume. If he had chosen to speak up more, his voice likely would have carried weight in the locker room. Instead, he seemingly went along with it to get a World Series ring.