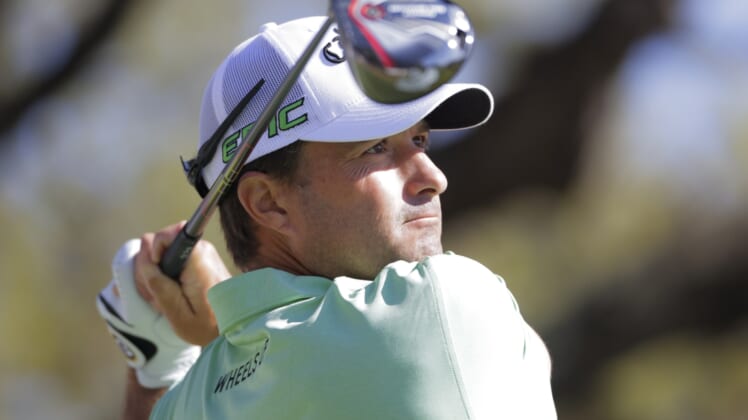 Kevin Kisner handed world No. 2 Justin Thomas his second loss in as many days while Rory McIlroy rebounded from a disastrous opener to win Thursday at the World Golf Championships-Dell Technologies Match Play event in Austin, Texas.

Kisner defeated Thomas 2-and-1 in Group 2 for his eighth consecutive match win at the event. Kisner, the 2019 WGC champion, birdied Nos. 2 and 3 and was 4-up by the time the pair reached the eighth hole. Thomas put together a rally on the back nine before three-putting No. 17.

“When the wind picked up on the back nine, I was struggling to hit some greens and he started making some birdies,” Kisner said. “You knew he wasn’t going to lay down the whole match; he is too good of a player. I’m glad I was able to fend him off. I don’t think either one of us played our best.”

McIlroy rebounded with a 4-and-3 win over Lanto Griffin in Group 11 after his outing Wednesday that included finding a swimming pool on an errant tee shot. The 2015 WGC winner took the first three holes, two via pars. It was Griffin who took a penalty shot at the par-5 12th hole, conceding the hole before McIlroy went 4-up on the 13th.

“Lanto didn’t have his best stuff. I played solid and kept it in play, holed some good putts when it mattered,” said McIlroy, who didn’t speak with the media after his round Wednesday.

In Group 1, Adam Long defeated Kevin Na 2-and-1, and Dustin Johnson tied Robert MacIntyre despite being two down with three holes to play.

In Group 2, Matt Kuchar defeated Louis Oosthuizen 1-up to improve to 2-0.

In Group 3, Jon Rahm defeated Shane Lowry 2-up after trailing through six holes. Also, Ryan Palmer improved to 2-0 with a 2-and-1 win over Sebastian Munoz.

In Group 5, Tommy Fleetwood defeated Antoine Rozner 4-and-3, and Bryson DeChambeau bounced back with a 2-and-1 win over Si Woo Kim. DeChambeau was 1-down heading into the 14th hole.

“It was kind of a weird day for me,” DeChambeau said. “I made a lot of birdies, for sure, but just a lot of weird scenarios. I felt like I was playing good golf and there were just things that were occurring that I couldn’t explain. I hit a good drive on 12 and got right up in the face of the bunker … I don’t know, a weird day.”

Sergio Garcia and Lee Westwood were winners in Group 8, and MacKenzie Hughes and Paul Casey won in Group 9.

Patrick Cantlay and Brian Harman were winners in Group 10, and Ian Poulter defeated Cameron Smith 1-up in the other Group 11 contest.

Tony Finau was able to tie Will Zalatoris in Group 12 and Viktor Hovland fell to 0-2 in Group 13.