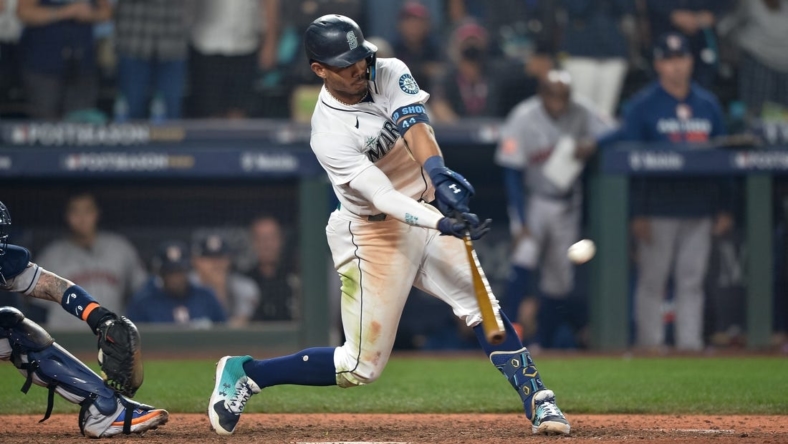 Julio Rodriguez was voted the American League Rookie of the Year on Monday after lifting the Seattle Mariners back to the playoffs for the first time in 21 years.

Rodriguez received 29 of the 30 available first-place votes from the Baseball Writers’ Association of America to win in a landslide with 148 total points. Baltimore Orioles catcher Adley Rutschman received the other first-place vote and finished a distant second (68 points). Cleveland Guardians outfielder Steven Kwan (44) was third.

The 21-year-old All-Star outfielder made a smashing debut in spring training. He survived a slow start — six hits in 44 at-bats — before surging to break Angels outfielder Mike Trout’s record for fewest number of games to reach 25 home runs and 25 stolen bases.

Despite spending two stints on the injured list costing him 21 total games, Rodriguez broke Trout’s record by three games (125) and ended the season with 28 home runs, 25 steals and was named one of three outfielders to earn the AL Silver Slugger Award. He finished hitting .284 with 75 RBIs and 40 walks.

Rodriguez’s power and speed has drawn comparisons to center fielders like Trout, Carlos Beltran and Willie Mays, each of whom won their league’s Rookie of the Year award.

“It’s amazing to be even mentioned with players like that,” Rodriguez said in an interview on MLB Network. “Guys that really left their mark on the game. I feel special just being mentioned along guys like that.”

The National League Rookie of the Year was set to be announced later Monday night.