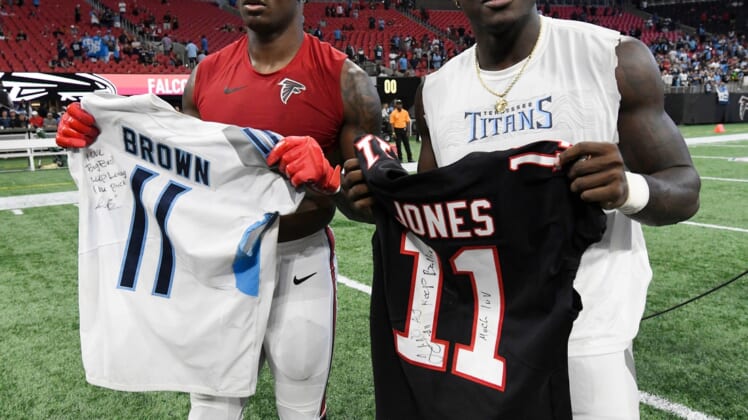 Tennessee Titans wide receiver A.J. Brown said Tuesday that his offer of his No. 11 jersey was declined by new teammate Julio Jones.

“#11 until I retire. I tried to give it up and he wouldn’t take it. Respect,” Brown wrote on Twitter.

With that said, Jones is a seven-time Pro Bowl selection and serves as the Atlanta Falcons’ all-time leader in receptions (848) and yards (12,896). His 60 touchdown catches were three shy of Roddy White’s club record.

The Titans acquired Jones and a 2023 sixth-round pick from the Falcons on Sunday in exchange for a 2022 second-round and 2023 fourth-round selection. 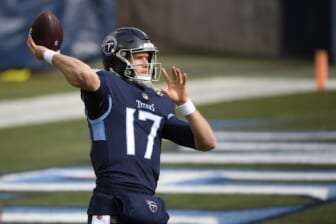 Now, Jones wore the No. 8 jersey while playing collegiately with Alabama. That number is currently being worn by Titans rookie punter James Smith, so that could be in play should Jones elect to go that route.

Jones, 32, does not have the option of wearing the No. 1 jersey with Tennessee. That number is retired by the franchise with respect to Pro Football Hall of Famer Warren Moon.