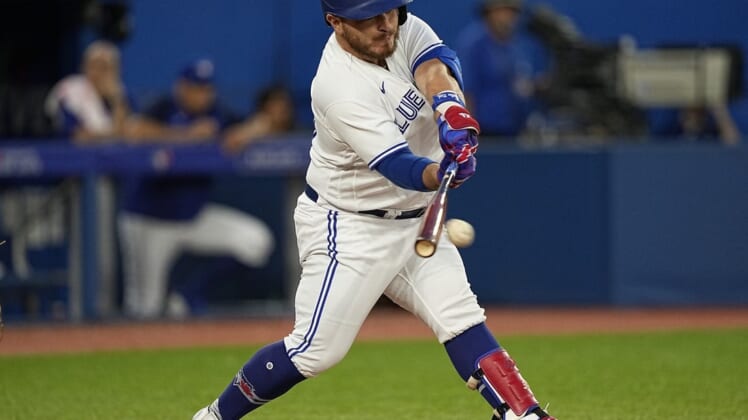 Lourdes Gurriel Jr. had four hits including the go-ahead RBI double in the sixth for the Blue Jays, who ended a four-game losing streak in the opener of a two-game set.

Bryson Stott hit a solo home run for the Phillies, who have lost three straight.

Jordan Romano pitched around a ninth-inning single to earn his 19th save.

Phillies right-hander Andrew Bellatti, a reliever who pitched one inning as the opener, allowed two first-inning runs on a two-out double by Hernandez.

It scored George Springer, who had singled, and Bo Bichette, who had walked. Hernandez was thrown out attempting to stretch it into a triple.

Philadelphia scored once in the second on two-out singles by Stott, Matt Vierling and Odubel Herrera.

Stott hit his fifth homer of the season with two out in the fourth inning.

In his third inning of work, reliever Mark Appel allowed two-out doubles to Gurriel and Matt Chapman for a run in the bottom of the fourth.

Garrett Stubbs started the fifth with a bunt single. He stayed at first after Springer made a diving catch on the warning track on Kyle Schwarber’s line drive to center. Stubbs stole second and scored on a two-out single by Nick Castellanos,