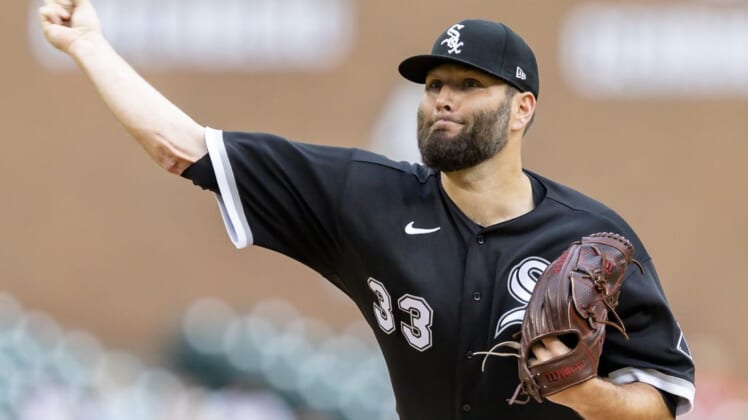 The White Sox scored two runs in the first inning when Abreu crushed his first homer of the game over the left field wall.

The Tigers got those runs back in the bottom of the inning. Willi Castro led off with his second homer, which exited over the right field wall. Javier Baez’s sacrifice fly brought in the second run.

Detroit took the lead in the second. Clemens singled, ending an 0-for-17 drought to start his major league tenure, and later scored on Harold Castro’s single.

Chicago regained the lead in the fifth. Reese McGuire led off with a double and scored on Danny Mendick’s single. After Will Vest replaced Garcia, Robert brought home Mendick with a single to give the White Sox a 4-3 advantage.

An error helped Chicago extend the lead to 7-3 in the sixth. Yoan Moncado and Garcia had back-to-back singles against Andrew Chafin. McGuire then hit a sacrifice bunt and Chafin threw it away, allowing both runners to score. Vaughn knocked in McGuire with a two-out single.

With the aid of two walks, the Tigers chipped away in the bottom of the sixth as Harold Castro and Cabrera smacked run-scoring singles.

In the ninth inning, Abreu’s second homer of the night and ninth of the season came against Joe Jimenez after a Robert single.