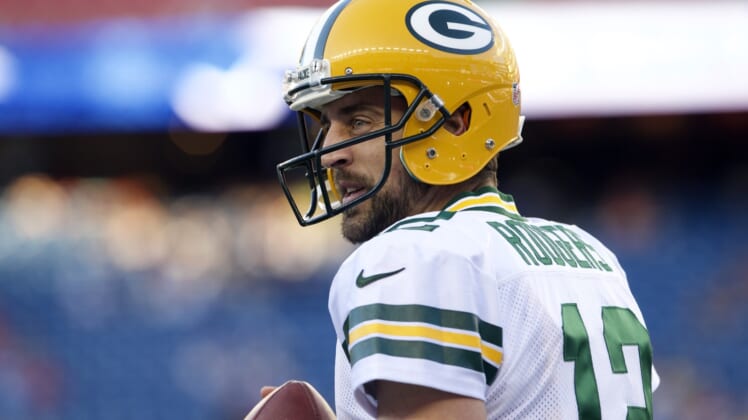 It looks like Green Bay Packers starting quarterback Aaron Rodgers is going to do his best to mentor the team’s first-round pick, Jordan Love.

Green Bay stunned everyone by trading up to the 26th overall pick to select the young quarterback out of Utah State. The pick sparked a ton of talk online that Rodgers couldn’t possibly be happy about the team abstaining from giving him an offensive weapon and instead drafting his eventual replacement.

Instead, it appears Rodgers took the high road. Love said that he was able to talk with Rodgers, whom he called a “really good guy,” and noted that Rodgers congratulated him.

That’s a pretty classy gesture from the future Hall of Famer.

Perhaps this response was influenced by Rodgers’ own experience being selected late in the first round way back in 2005 when Brett Favre was the entrenched starter in Green Bay. The two quarterbacks did not necessarily get along, and it’s only been a recent development that they’ve mended fences.