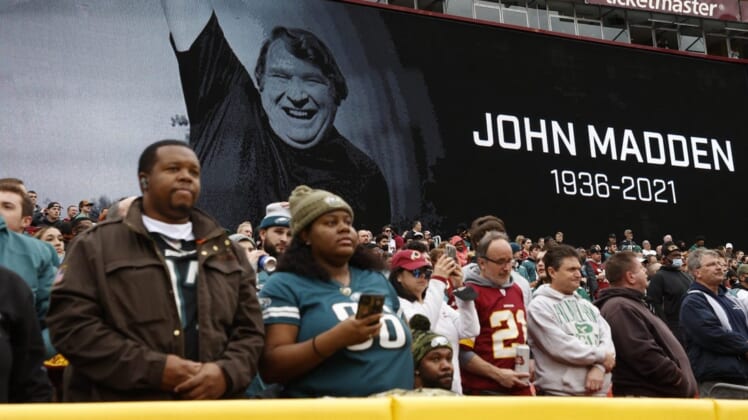 The Hall of Fame coach and longtime broadcaster died on Dec. 28 at age 85.

The game will be released in August and features Madden’s image for the first time since the 2000 edition.

“We were thinking about this year’s game and who was going to go on it; it almost became an obvious answer,” Madden NFL executive producer Seann Graddy told ESPN. “I say that because we really wanted to celebrate Coach in the product this year and what he’s meant to us for the 30-plus years that we’ve been using his name in our game.”

Madden went 103-32-7 in 10 seasons as the Raiders’ coach from 1969-78. He coached in seven conference title games and led Oakland to a victory in Super Bowl XI. He was inducted into the Pro Football Hall of Fame in 2006.