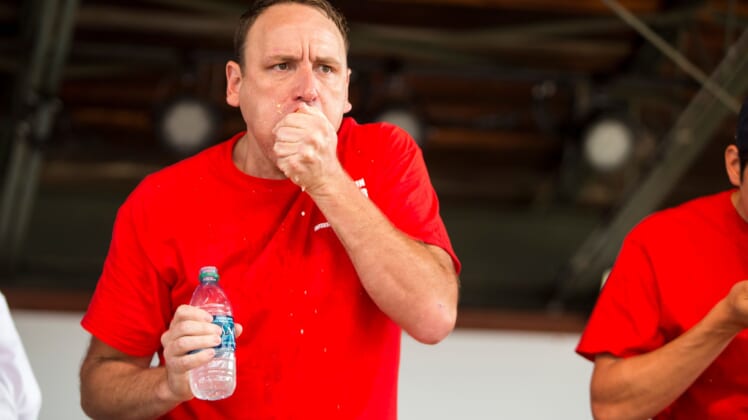 ---Joey Chestnut, Competitive Eater, is ranked number one in the World in Major League Eating. Chestnut sadly came in third, but was well rounded and hopes to compete again do better.---Photo by Tyger Williams / Milwaukee Journal Sentinel 636695983268314733-MJS-w-curds-nws-TWilliams36.JPG

Joey Chestnut is once again the Nathan’s Hot Dog Eating Contest champion, beating his own record for the most hot dogs eaten during a 10-minute span.

The arrival of the Fourth of July also delivered one of America’s most cherished traditions on Independence Day. Chestnut and countless competitors returned to Coney Island on Independence Day to take part in the most popular eating contest in the United States.

A year after Chestnut broke his previous world record for 75 hot dogs and buns consumed, the legendary eater came through again in front of a raucous crowd for another record-setting performance. When the contest was over, Joey Chestnut ace 76 hot dogs and buns.

Unfortunately, most watching on ESPN didn’t get to see history made on Sunday. The network’s feed cut out repeatedly, with static and commercial disrupting the broadcast and robbing fans of a chance to watch Chestnut prove his greatness.