Jody Allen: Neither Seahawks nor Blazers are for sale — yet 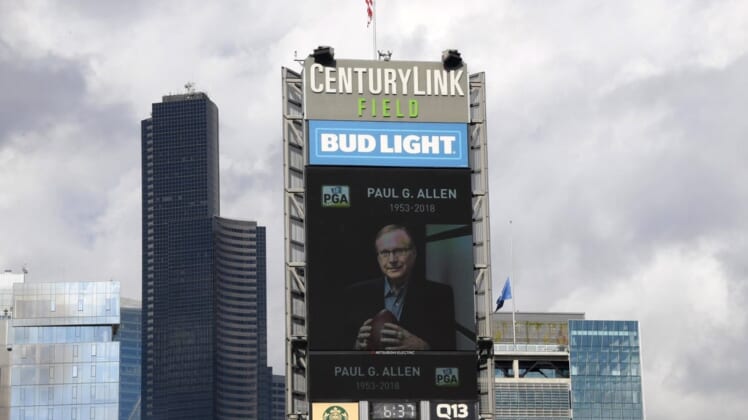 Jody Allen, chairwoman of the Seattle Seahawks and Portland Trail Blazers, issued a statement Tuesday saying neither franchise is for sale and that there are no sale discussions happening at this time.

However, she acknowledged that a “time will come when that changes.”

Allen is the sister of the late Paul Allen and trustee of his trust, worth billions. Speculation has swirled the past month that both franchises are poised to be sold, including the Blazers in the next 6 to 18 months, due to the wishes of the co-founder of Microsoft.

Paul Allen, who passed away in October 2018 at age 65, stipulated he wanted both franchises — among other assets — sold and the proceeds used for his passion projects.

“As we’ve stated before, neither of the teams is for sale and there are no sales discussions happening,” Jody Allen said in the statement. “A time will come when that changes given Paul’s plans to dedicate the vast majority of his wealth to philanthropy, but estates of this size and complexity can take 10 to 20 years to wind down.

“There is no pre-ordained timeline by which the teams must be sold.”

Paul Allen passed away due to complications of non-Hodgkin lymphoma. He purchased the Trail Blazers for $70 million in 1988 and the Seahawks nine years later for $194 million. He was one of the founders of the Seattle Sounders in 2007.