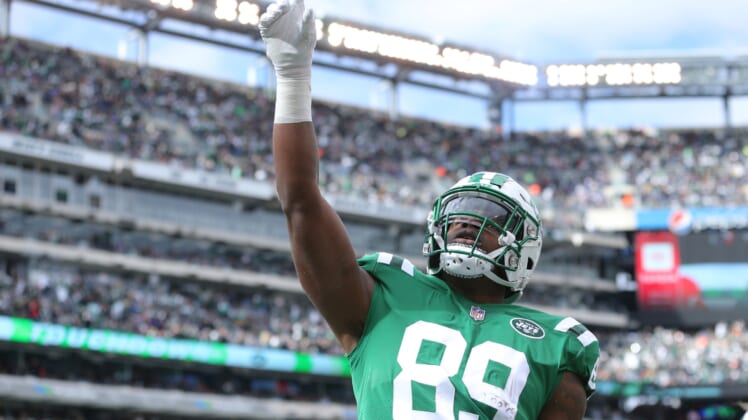 The New York Jets had high expectations for second-year tight end Chris Herndon heading into the 2019 campaign. Those expectations are now going to be muted.

The Jets announced on Friday that the former fourth-round pick has been suspended for the first four games of the season for violating the NFL’s substance abuse policy.

This is a major blow for young quarterback Sam Darnold. Herndon, 23, put up 39 receptions for 502 yards and four touchdowns as a rookie. He was expected to take that next step as a sophomore.

Young quarterbacks rely a great deal on tight ends. Darnold was no different as a rookie. He’ll now be without that safety valve for the first quarter of the season.