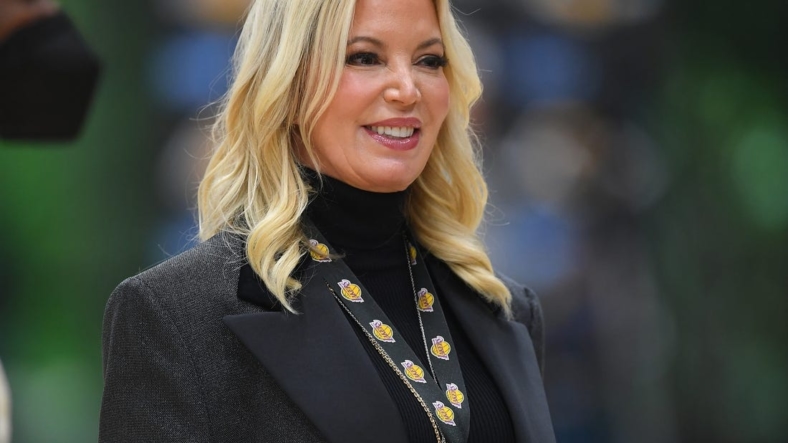 The Los Angeles Lakers signed LeBron James to a two-year contract extension through the 2024-25 season, and Lakers owner Jeanie Buss made it clear why the team invested nearly $100 million in a player approaching his 38th birthday.

“With LeBron, we have a line of communication between the two of us, and he knows that he can reach me any time and vice versa,” she said on The Crossover podcast. “And I think he feels appreciated. I know I appreciated that he signed an extension to stay here and continue to lead the Laker team. He’s a fantastic leader both on and off the court, and I feel like we’re blessed to have him as a Laker. I want to see him retire as a Laker.”

The final year of the contract aligns with the year James’ oldest son, Bronny, would be eligible to enter the NBA. James has said he’d like to play long enough to have Bronny as a teammate.

James joined the Lakers on a four-year, $153.5 million deal — already extended once — in July 2018 after leading his Miami Heat and Cleveland Cavaliers teams to eight straight NBA Finals, winning three of them.

His Lakers team won the NBA championship during the pandemic in 2020 but was eliminated by the Phoenix Suns in the first round of the Western Conference playoffs in 2021 and failed to qualify for the postseason in 2022.

Buss said on the podcast that she wants to see James in a Lakers uniform if he breaks Kareem Abdul-Jabbar’s all-time NBA scoring mark. Another Lakers great, Abdul-Jabbar holds the record with 38,387 points. James has 37,062.

Buss recalled the late Chick Hearn, the Lakers’ legendary announcer, saying the record would never be broken when Abdul-Jabbar set it.

“And here we are, somebody who is going to break it in a Laker uniform. And that has a lot of meaning to the organization, and to me personally,” Buss said.