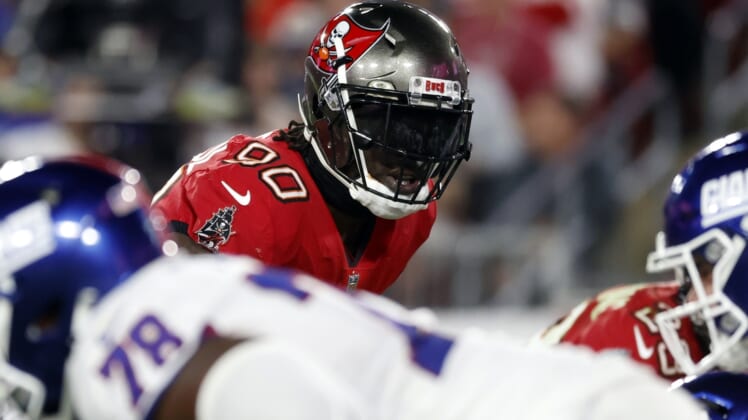 Edge rusher Jason Pierre-Paul, a free agent to be, underwent surgery to repair the shoulder injury that hindered him in 2021.

He shared a photo and videos on his Instagram account Thursday night from a hospital bed. He vowed to “kill s–t” in his return to the field.

Pierre-Paul announced in November that he was dealing with a torn rotator cuff and said it was the “worst” injury of his career.

The 33-year-old played the past four seasons with the Tampa Bay Buccaneers after starting his career with the New York Giants (2010-17) as a first-round draft pick.

In 12 games in the 2021 regular season, he made 31 tackles and added 2.5 sacks and a forced fumble. In the postseason, he added two tackles, a half-sack and a fumble recovery.

An All-Pro in 2011, he’s a three-time Pro Bowl selection and a two-time Super Bowl champion.