Jarrett Allen gets $100 million to re-sign with Cleveland Cavaliers 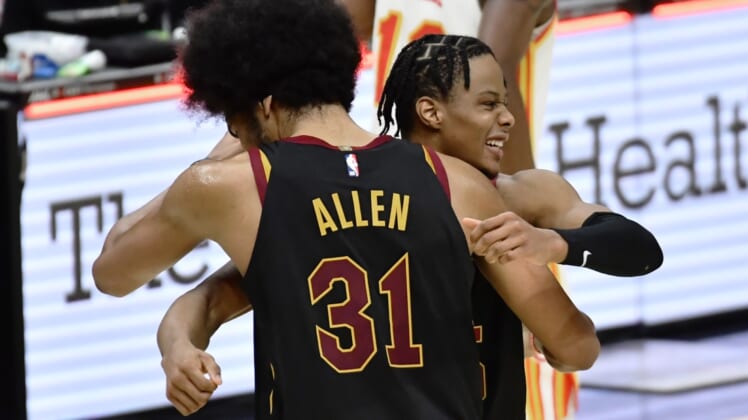 Jarrett Allen agreed to a five-year deal worth $100 million to remain with the Cleveland Cavaliers, according to multiple reports Monday.

The 23-year-old Allen was a restricted free agent. Free agent contracts can be discussed and terms agreed to before becoming official on August 6.

Allen was acquired from the Brooklyn Nets in January as part of the multi-player deal that sent James Harden to Brooklyn and Caris LeVert to the Indiana Pacers.

Originally a first-round pick (22nd overall) by Brooklyn in 2017, Allen ranked 13th in the league in rebounding and 10th in blocked shots per game (1.4).