Jared Goff on Carson Wentz’s contract: ‘You definitely think about it’ 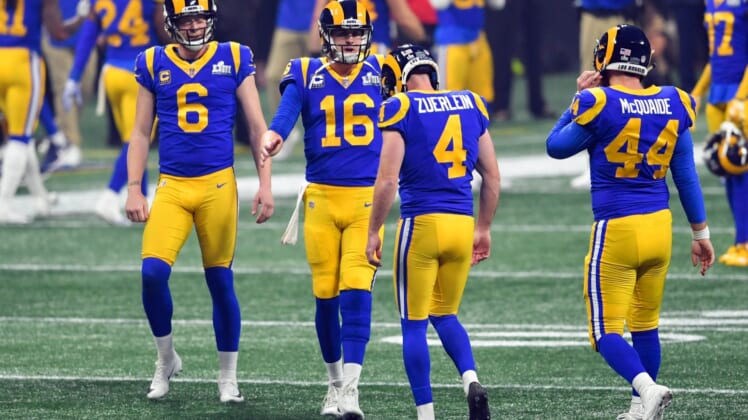 Despite being the No. 1 overall pick in the 2016 NFL Draft, Los Angeles Rams quarterback Jared Goff is still playing under his rookie contract.

This comes at a time when Philadelphia Eagles signal caller Carson Wentz earned a record-breaking deal. Wentz was selected one pick after Goff in the draft.

In talking about his fellow classmate and the contract Wentz inked, Goff noted that he’s certainly thinking about it.

“You definitely think about it,” Goff said, via Gary Klein of the Los Angeles Times. “But at the same time, I know none of that is even possible without playing well on the field, and being available on the field.”

The Rams had previously noted that a Goff extension is not in the cards this offseason. Whether that’s changed now that Wentz reset the young quarterback market remains to be seen.

What we do know is that Goff’s situation with the Rams is a bit more complicated now that Wentz is locked up long term. The Eagles are paying Wentz an average of $32 million per season despite finishing the past two years on the sideline due to serious injuries.

For his part, Goff is coming off a 2018 campaign that saw him lead the Rams to a Super Bowl appearance. Unfortunately, he struggled big time as the year progressed. Goff threw seven touchdowns compared to eight interceptions over the final eight games of the season.

That included a horrendous showing in Los Angeles’ loss to the New England Patriots in the Super Bowl.

It sure looks like the Rams are willing to play this out beyond the 2019 season. This doesn’t mean Goff isn’t thinking about the Wentz deal.