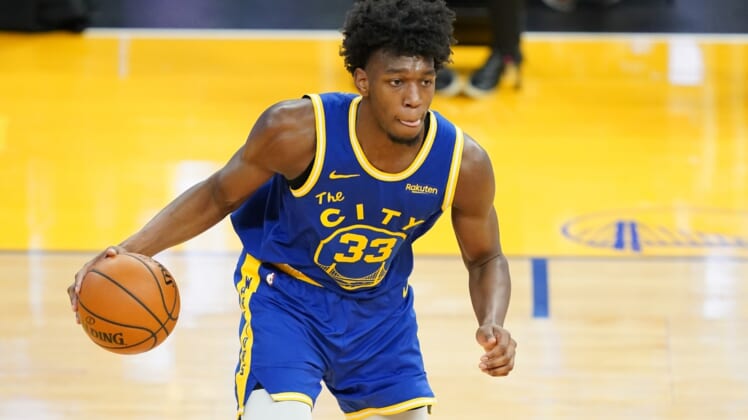 Golden State Warriors rookie center James Wiseman underwent knee surgery on Thursday and will miss the remainder of the season, the team has announced.

“James Wiseman underwent successful surgery today to repair a right meniscal tear,” the club tweeted Thursday. “James will begin rehab immediately and will miss the remainder of the 2020-21 season. He is expected to return for the 2021-22 campaign. An update on his progress will be provided in September.”

Wiseman, 20, suffered the injury last Saturday in the Warriors’ 125-109 win over the Houston Rockets.

Wiseman battled multiple injuries this season, including a sprained left wrist sustained Jan. 30 against the Detroit Pistons. He did not return until Feb. 23.