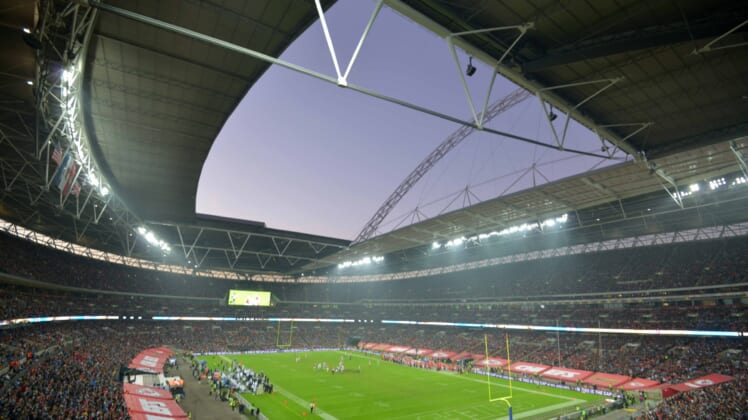 In a clear sign that he wants to move the Jacksonville Jaguars across to the pond to London, owner Shahid Khan is on the verge of buying London’s Wembley Stadium, according to multiple media reports.

The Daily Mail over in the UK is reporting that Khan’s purchase will be for the equivalent of $606 million American dollars and will be done under the guise of his Fulham Football Club.

“If he is successful, it would open the door to the first NFL franchise outside the United States,” the report noted. “The billionaire is keen to bring a permanent team to British shores, in what would be an unprecedented move.”

As you likely already know, Khan’s Jaguars play annually in London as part of the NFL’s International Series. There’s a built-in fan base in the European capital.

Whether Wembley would be seen as a legitimate venue for an NFL team remains to be seen.

Remember, officials in London just recently opened up the Tottenham stadium. Immediately afterwards, the NFL agreed to a 10-year contract with the futbol club to play games in the new venue. That’s seen as more of a legitimate host stadium. Though, Wembley itself also has a built-in history with the league.