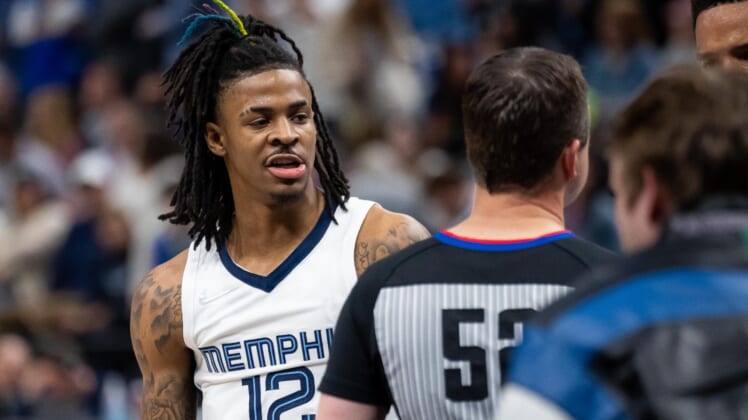 There may be a rivalry brewing between the Memphis Grizzlies and the Minnesota Timberwolves, or maybe it’s just the heightened tension of NBA playoff games. After three games of a series in which Ja Morant’s team leads 2-1, the action off the court has been nearly as good as the matchups on the hardwood.

A clip of Karl-Anthony Towns’ comments on the sidelines was caught during TNT’s broadcast, in which he could be heard saying “We in Minnesota now”. These words, as we know, came back to bite. Once Morant caught wind, he had his own fun, with he too enjoying the atmosphere away from Memphis. Winning tends to do that.

That’s just cruel. Towns seemed to believe the Wolves had the game in the bag, but not even a 26-point lead was enough to hold off Morant and the Grizzlies, despite having home-court advantage.

Morant chipped in a triple-double, scoring 16 points with 10 rebounds and 10 assists, three blocks and a steal. Also, the win. Memphis now leads the series 2-1 but will play in Minnesota once again on Saturday.