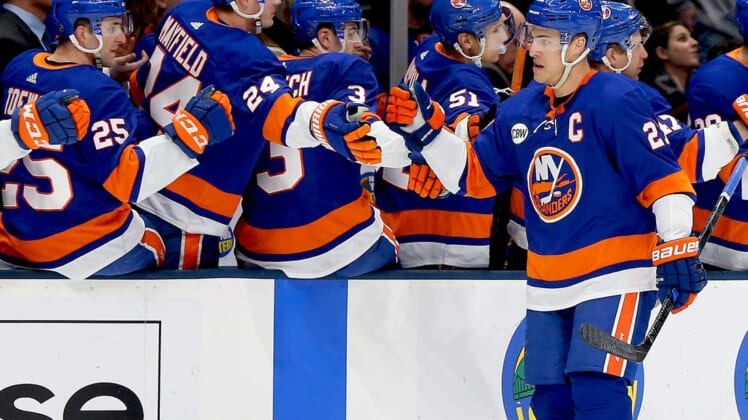 The Islanders placed the 30-year-old forward on long-term injured reserve on Sunday, retroactive to March 11, when he sustained a knee injury in a 5-3 win against the New Jersey Devils. Lamoriello said Lee has a torn ACL.

Lee left that game in the first period following an awkward collision with Devils center Pavel Zacha. He was in obvious pain and did not appear to put any weight on his right leg as teammates helped him off the ice.

Lee was appearing in his 295th consecutive game, the third-longest streak in franchise history behind Billy Harris (576 games) and Bobby Nystrom (301).

The Islanders (19-7-4) entered Wednesday tied for the East Division lead with the Washington Capitals. Lee is tied for first on the team in goals (12) and tied for second in points (19).