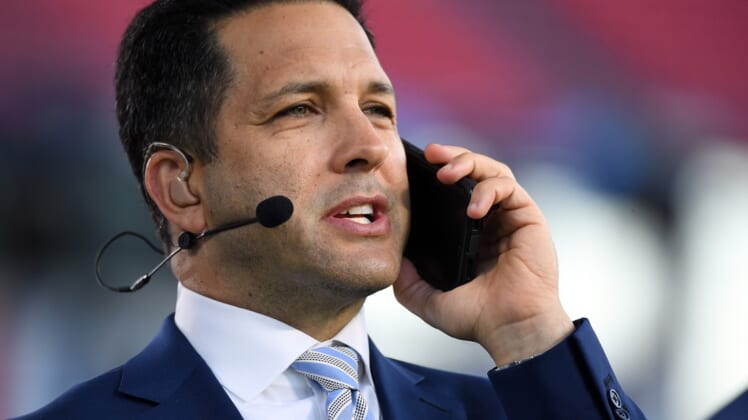 The network announced the agreements on Thursday but didn’t reveal any contract details for Wojnarowski and Schefter, both of whom reportedly were being courted by other media outlets.

Both will continue to appear on a variety of ESPN’s shows and platforms, including SportsCenter and programming specific to their sports.

Wojnarowski has been with ESPN since July 2017 after being at Yahoo Sports for 10 years. Schefter joined ESPN in 2009 after working for NFL Network for five years. Both also had long careers in print media.

“Adam and Woj are difference-makers that solidify our long-term position as the definitive source for everything NFL and NBA,” ESPN chairman for sports content Jimmy Pitaro said in a statement.

They are the latest high-profile signings for ESPN, which in November 2020 announced it would lay off 300 employees and leave another 200 positions unfilled to save costs.

Earlier this month, the network signed Joe Buck and Troy Aikman to multimillion-dollar contracts to take over the “Monday Night Football” both.