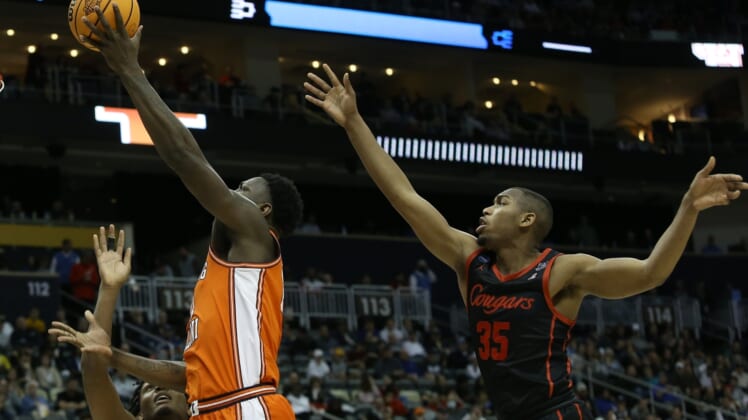 Cockburn said Wednesday in a social media announcement he would remain in the draft this year after testing the waters along with Ayo Dosunmu one year ago, only to enter the transfer portal and ultimately return to the Fighting Illini.

Cockburn also entered his name for draft consideration after his freshman season in 2020 and is not permitted to return to school after entering for the third time.

“I’m closing one of the most amazing chapters of my life,” Cockburn said in an interview with ESPN Wednesday. “I’m proud of what we accomplished in college, but I am not sure it can get much better than that. It’s a scary challenge now and I’m excited to rise to the occasion and try and prove people wrong.

“Thinking back to where I was three years ago when I entered college — people would be amazed to see the progress I made in becoming a two-time All-American. I’m planning on doing the same exact thing in my professional career: pushing my game to new heights.”

Cockburn is 7 feet, 285 pounds and plays the post, scoring with his back to the basket and using his size to overwhelm Big Ten opponents. The Jamaican-born Cockburn was the only player in college basketball to average 20-plus points (20.9) and 10-plus rebounds (10.6) in 2021-22.

With only 58 picks in the 2022 NBA Draft, Cockburn is not a lock to be drafted. ESPN ranks him 89th in the draft class. Cockburn said Wednesday he’s looking forward to the challenge and expects a transformation from go-to scorer against double teams to a role player in the NBA.

“The NBA values players like Steven Adams and Jonas Valanciunas — guys who set great screens, who know the pick and roll game, how to slip and seal, how to be a physical defender and rebounder who blocks shots. My size can be a major advantage in the NBA. I don’t need the ball to be happy,” Cockburn said.