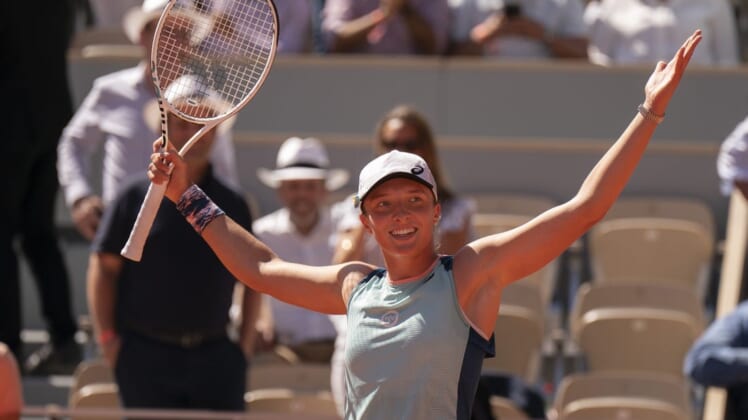 Top-seeded Iga Swiatek won her second French Open title in three years on Saturday following a 6-1, 6-3 victory over Coco Gauff in the final in Paris.

The victory was the 35th in a row for Swiatek, who matched Venus Williams’ mark of consecutive wins — set in 2000.

Gauff, 18, was bidding for her third career singles title. It was her first Grand Slam final.