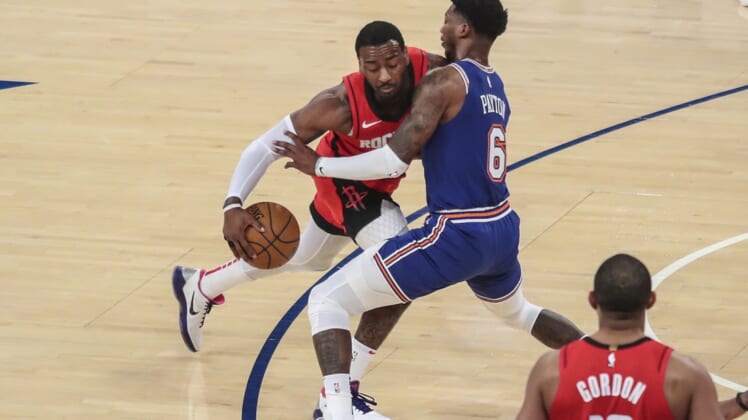 Following a 114-112 loss to the Oklahoma City Thunder on Sunday, the Houston Rockets are now six games away from tying the NBA record for the longest losing streak in a single season. This game saw them snap a 12-game streak of losses by double-digits that began February 22nd.

Four different players scored in double figures for the Rockets, including three 20-point scorers. Christian Wood, in just his third game back from injury led the team with 27 points, eight rebounds and two blocks.

The Oklahoma City Thunder had six players score in double figures including two players coming off the bench. They were was led by Lugentz Dort who scored 23 points in the game followed by Isaiah Roby who recorded 18 points and eight rebounds.

The Houston Rockets have not won a game since February 4th when they beat the Memphis Grizzlies, 115-103, improving their record to 11-10 at the time. They have gone from sitting just outside of the playoff line to now having the second-worst record in the NBA.

Each of the Rockets next five games will come against teams with a record below .500 with three being played on their home floor. This includes back-to-back games against the team with the NBA’s worst team in the Minnesota Timberwolves.