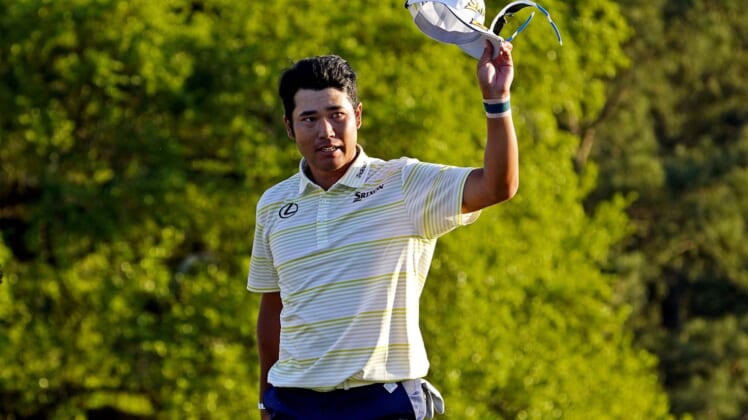 With the hopes of a nation atop his broad shoulders, Hideki Matsuyama held on to make history Sunday at Augusta, Ga., becoming the first player from Japan to win a men’s major tournament with a one-shot victory at the Masters.

After heading into the final round with a four-shot lead, the 29-year old picked up his first victory worldwide in four years with a 1-over par 73 in the final round at Augusta National to finish a steady four days at 10-under 278.

Will Zalatoris, a 24-year old who is not even a full-time member on the PGA Tour, finished in second place at 9 under after shooting a 2-under 70 on Sunday.

Xander Schauffele (72) moved into contention on the back nine, going from seven shots off the lead to two back entering the par 3 16th hole, but a triple-bogey six after a tee shot into the water ended his chances. Schauffele finished tied for third place at 7 under with 2015 champion Jordan Spieth (70).