Naismith Memorial Basketball Hall of Famer Gary Payton has agreed to become the head coach of Lincoln University in his hometown of Oakland, Calif.

The nine-time NBA All-Star reportedly accepted a multi-year deal to launch the program at a school that has been in existence since 1919.

“It’s a startup program and a private independent school where I can establish what I want to establish,” Payton told The Undefeated. “I don’t have to go behind anybody to try to make a program become something or keep it going. I can start it off with my own program with what I want to happen.”

The 52-year-old Payton has no college coaching experience. He said he was approached by athletic director Desmond Gumbs, who also is the football coach, last November about starting a program.

Payton was an All-American college player at Oregon State from 1986-90 and is one of the most renowned athletes in that school’s history. 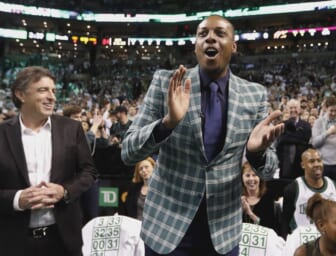 Payton, a nine-time All-NBA Defensive team pick nicknamed “The Glove,” said he wants to put together an aggressive roster with players that compete like he did.

“It’s going to look something like me,” said Payton, the 1995-96 NBA Defensive Player of the Year. “I’m going to get basketball players that’s going to work hard, going to grind, coming from that gritty, gritty neighborhood they grew up in. Some of them have gotten lost. Some of them got overlooked. Now you can come to a school where you can play under a guy like myself, as in a point guard that is going to play defense. Our program is going to play ‘D.’