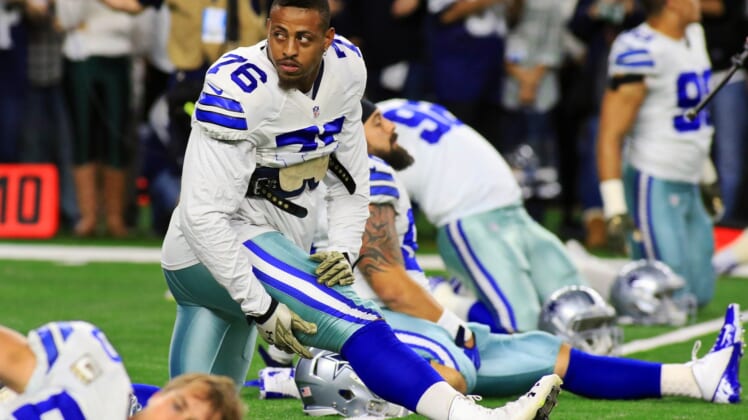 Former Carolina Panthers and Dallas Cowboys defensive lineman Greg Hardy has escaped serious punishment from his September cocaine possession arrest. While Hardy will face discipline, he will not face jail time, according to a report.

“The ex-NFL star — and current MMA fighter — has struck a plea deal with prosecutors in Dallas in which his felony drug possession charge was reduced to a misdemeanor,” a TMZ sports report said. “As a result, Hardy was sentenced to 2 years unsupervised probation along with other fines … a clerk at the Dallas County Court tells us.”

Between this and his domestic violence allegations, Hardy certainly knows how to walk a tight rope in the legal system. But despite getting minimal legal punishment, Hardy certainly isn’t doing a lot to make himself a sympathetic figure.

For Hardy’s sake, hopefully this will be the wake-up call that he needs to straighten out.