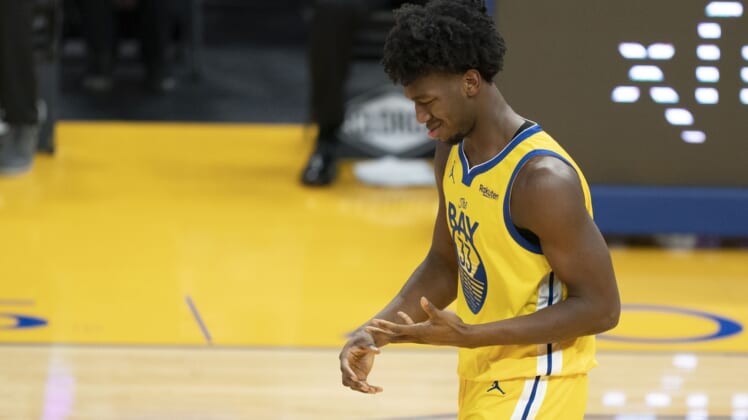 Golden State Warriors rookie big man James Wiseman will be out at least a week with a sprained left wrist.

The injury occurred in Saturday’s 118-91 victory at home over the Detroit Pistons. The 19-year-old had just finished a dunk off a pass from Draymond Green when he was knocked off balance.

An MRI on Sunday confirmed the sprain, head coach Steve Kerr conformed Monday. The No. 2 overall selection in the most recent draft set to be re-evaluated in 7-10 days.

“It’s a blow to our team,” Warriors center Kevon Looney said. “But glad it’s just a short-term injury, not something long-term. We had our fair share of injuries with this team last year and some this year.”

Wiseman, who played just three games at Memphis last season before entering the draft, was scoring 12.2 points per game for the Warriors with 6.1 rebounds.