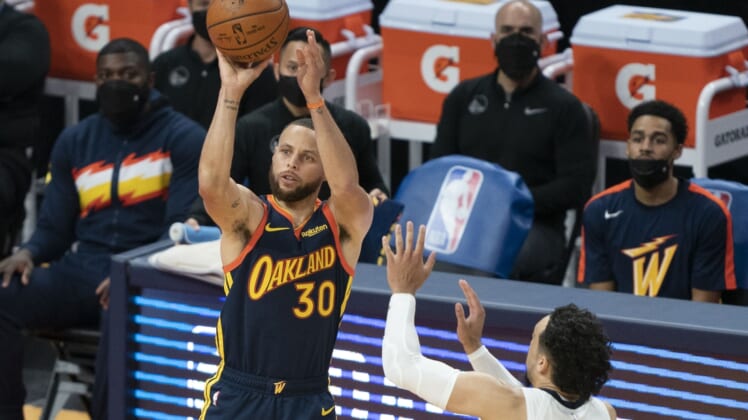 The Golden State Warriors say they expect to sign star guard Stephen Curry to another “supermax” extension this summer.

Curry, 33, has one season remaining on his five-year, $201-million contract. The two-time NBA MVP will be eligible to sign a four-year, $215.4-million extension through the 2025-26 campaign.

The NBA’s special supermax deals are salary cap exemptions that allow elite veteran players to sign extensions with teams that drafted them, establishing even more lucrative contracts than they can get as free agents signing with a new team.

“I don’t see any reason not to be optimistic,” Golden State general manager Bob Myers said Monday. “He seems like he’s motivated — we’re motivated. I would say pretty confident we’ll get something done.”

Curry averaged 32 points a game this season to win his second career scoring title. He carried the squad late in the season as it made an unsuccessful playoff push, losing play-in round games to the Los Angeles Lakers and Memphis Grizzlies.

But Curry’s effort was remarkable, considering the Warriors played without fellow star guard Klay Thompson for the second straight season.

“Obviously we want Steph back in the worst way,” Golden State coach Steve Kerr said. “There’s no reason to think why that won’t happen. We’re excited about that. We’re excited about next season. You know, coming back with Draymond (Green) and Steph playing at such a high level to finish the season and to get Klay back and to have the opportunity to fortify our roster, to see these young guys emerge, it’s all very exciting.”

Myers also pointed out that Curry played a few weeks of the season with a small hairline fracture in his tailbone. The seven-time All-Star sustained that injury in a fall during a game against the Houston Rockets on March 17. He missed the next five games.

Also of concern for the Warriors is returning to the playoffs next season. They have missed the festivities two straight times after reaching the NBA Finals five consecutive seasons and winning three titles. 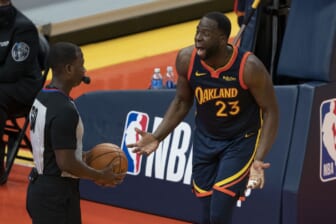 After the season-ending loss to the Grizzlies, Green said the team isn’t close to winning another crown.

“I actually agree with that,” Kerr said. “I think it would be arrogant for us having just missed the playoffs to say, ‘Hey, we’re right there.’

“We’re a ways away, but we like the path that we’re on,” Kerr added. “But no, we can’t sit here and honestly say we’re close to a championship, because Draymond is right: We’ve got to make the playoffs first before we say that.”