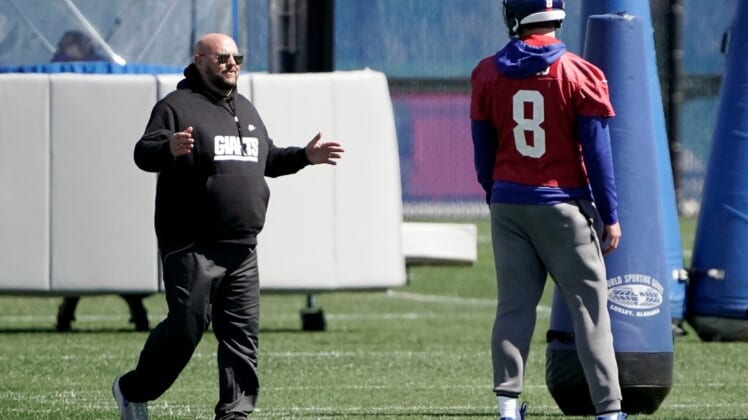 The New York Giants have won more than six games just once in the past eight seasons and desperately need to sort out their identity — including whether Daniel Jones and Saquon Barkley should stay in town long-term.

But the good news is the Giants knocked it out of the park in the draft.

With two picks in the top seven and three in the top 43, the Giants landed at least three players that should be immediate starters. More importantly, they drafted the way New York used to – back when the Giants were good. Instead of using top picks to take skill-position players (like Saquan Barkley, Daniel Jones and Kadrius Toney) who have yet to pan out, the Giants went for sure things at cornerstone positions.

They drafted pass rusher Kayvon Thibodeaux and offensive lineman Evan Neal. In the past, the Giants have had success building around pass rushers like Lawrence Taylor and Michael Strahan and a slew of very good offensive linemen. They, once again, have started moving in that direction. But it probably is going to take another draft or two before the Giants turn the corner.

The Giants’ first test of the season comes on the road against the two-time defending AFC South champions. Derrick Henry made it back from a foot injury in time for Tennessee’s early playoff exit last year, but after having another eight months to rest and recover, he’ll be fresh again.

Seven wins for the Giants would be a “push” at DraftKings, and while the over would be more profitable if it hits, the under (-125) offers far greater likelihood. Too many Giants home games are stacked early in the season, so three of their last four are on the road. Tennessee, Green Bay and Indianapolis might already have the Giants marked down as easy non-division wins.