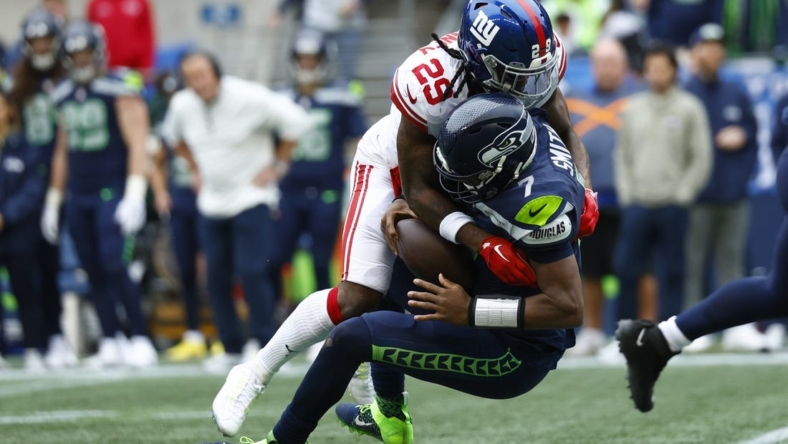 Giants starting safety Xavier McKinney will miss “a few weeks” after suffering a hand injury while on vacation in Mexico during the bye week.

“During our bye week, I went away to Cabo,” McKinney tweeted. “While there, I joined a group for a guided sight-seeing tour on ATVs. Unfortunately, I had an accident and injured my hand. The injury will keep me sidelined for a few weeks. I will do everything I can to get back as quickly as possible so I can contribute to what we’re building here in NY.”

McKinney, 23, is in his third season with the Giants, having started all eight games this season, compiling 38 tackles — two for loss — one forced fumble and his first career sack.

McKinney was drafted by the Giants as the 36th overall pick of the 2020 NFL Draft after three seasons at Alabama.