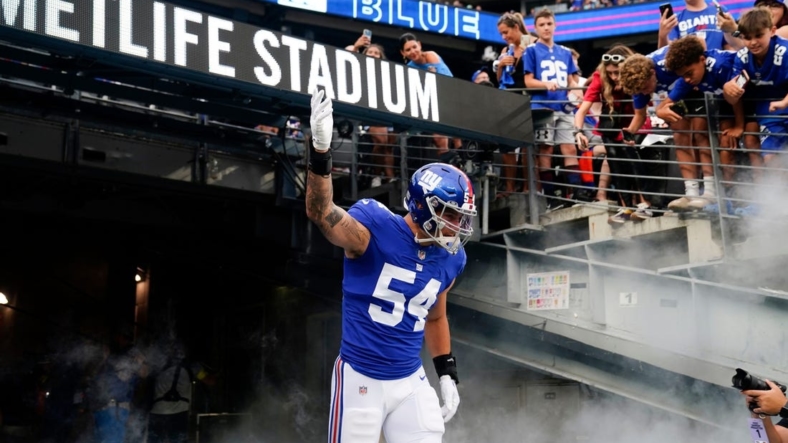 Martinez, 28, was excused from Wednesday’s practice due to what the team termed as personal reasons. He was back with the squad Thursday prior to the move.

Martinez piled up a team-best 151 tackles in 2020 in his first season with the Giants. He had 23 stops in three games last season before sustaining a season-ending ACL injury.

Overall, Martinez has 686 tackles, 13 sacks and four interceptions in 80 games over six NFL seasons. He spent his first four campaigns with the Green Bay Packers before signing a three-year, $30.75 million deal with Giants as a free agent in March 2020.

Phillips, 25 provides the Giants with offensive line depth. He played in 22 games (13 starts) over the past two seasons with Baltimore.