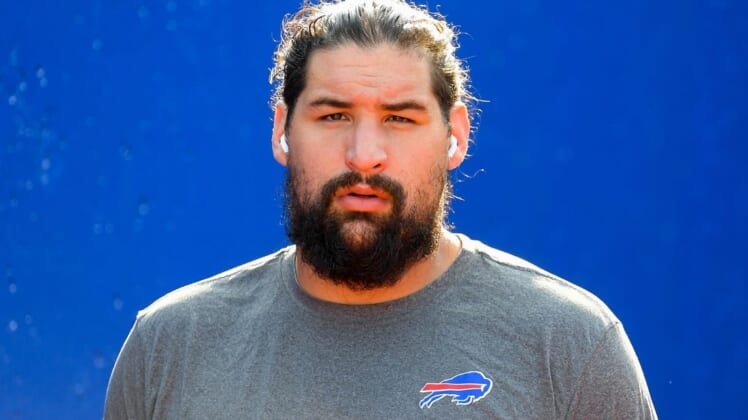 The 30-year-old initially suffered what coach Brian Daboll termed “heat and hydration” issues Thursday and has not been with the team since. But Daboll said Monday the veteran would rejoin the team soon enough.

Daboll answered in the affirmative when asked if Feliciano needed intravenous treatment.

“Yeah, he’s taking care of himself. They’re working with him,” Daboll said. “He’ll be OK.”

Feliciano followed Daboll from the Buffalo Bills to the Giants, where he signed a one-year, $3.25 million contract as a free agent in March. A longtime guard for the then-Oakland Raiders (2015-18) and Bills (2019-21), Feliciano was picked up to play center in New York’s revamped offensive line.

“We want to try to create position flexibility for our front guys,” Daboll said. “And obviously with Jon out, you know with (guards) Ben (Bredeson) and Jamil (Douglas), we wanted to add Lemieux inside and get (guard Joshua) Ezeudu some work inside there with the ones against (defensive linemen) Leo (Williams) and Dexter (Lawrence) and guys like that.”