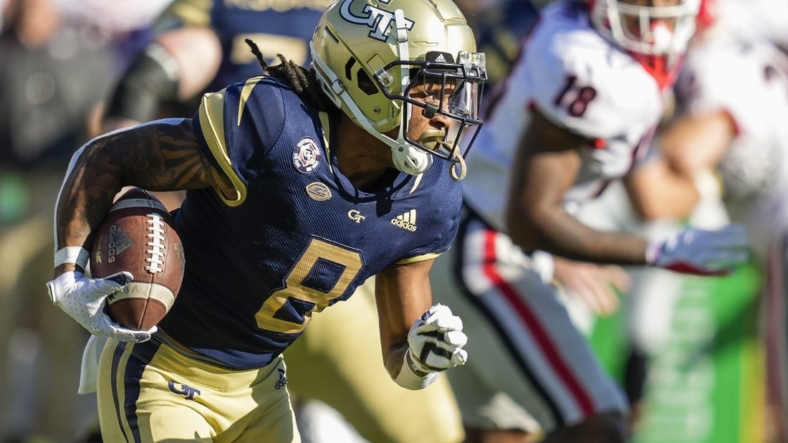 Georgia Tech has a different type of task for its second game of the week when Western Carolina visits Atlanta on Saturday night.

The Yellow Jackets stayed tight with No. 4 Clemson into the second half of Monday night’s Atlantic Coast Conference matchup before falling 41-10 in their opener to the Tigers.

“We’re very upset about it and hurt,” Georgia Tech coach Geoff Collins said. “There were things to build on. The things that we need to clean up, we’re going to work relentlessly to clean up.”

Now the Yellow Jackets have to regroup in a hurry.

“I’ve been through this before, playing on short weeks,” said Collins, a former Western Carolina player and assistant coach. “We’ve got the plan. We’ve got the schedule. … It’s going to be a challenge, and we’ve just got to rise to that challenge.”

Western Carolina had a record-setting performance in last Saturday’s 52-38 road victory vs. Charleston Southern to open its season.

Quarterback Carlos Davis threw for a school-record six touchdowns, with a different receiver on each of the scoring plays. He also threw for 433 yards.

Second-year Western Carolina coach Kerwin Bell said the goal is to maintain strong performances, regardless of the opponent.

“We consistently have to play at a high level,” Bell said. “We’ve got a lot of room to grow. … I love the way we’re playing hard. If we can continue to do that, then we’ve got a chance to be a very good football team.”

Bell said he is confident the team will embrace the opportunity against an ACC team.

“(Our players) love to compete, and they love to win,” he said.

Western Carolina kicker Richard McCollum was the Special Teams Player of the Week in the Southern Conference after kicking a 42-yard field goal along with seven PATs for 10 points.