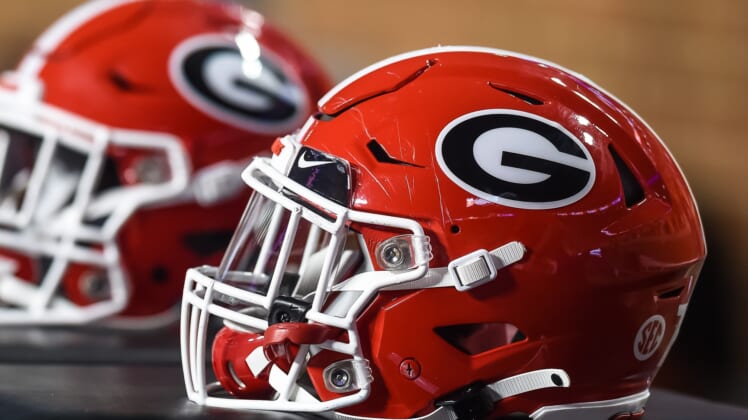 Even after seeing Jake Fromm depart for the NFL, the Georgia Bulldogs are considered one of the top national title favorites in college football. Georgia heads into its season opener Sept. 26 against Arkansas ranked fourth in the nation.

Unfortunately for those in Athens, it doesn’t look like Georgia’s truncated 2020 season is going to culminate in a title. Some major news broke on Wednesday, changing the entire landscape of the 2020 college football season around the nation.

A graduate transfer from Wake Forest, the 6-foot-4, 230-pound Newman was the unquestioned starter for Georgia heading into the season. In fact, he was considered an under-the-radar Heisman candidate.

Newman will now prepare for the 2021 NFL Draft after having tallied 2,868 passing yards with 26 touchdowns and 11 interceptions at Wake Forest last season.

It obviously impacts the national championship race in a big way.

Others chimed in with various comments following the momentous announcement. That included the focus on former USC quarterback J.T. Daniels now being handed the Georgia starting quarterback job.