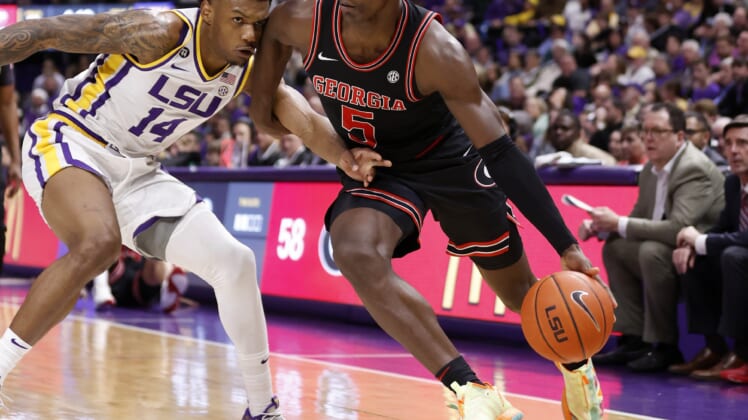 It has been somewhat of a foregone conclusion over the past calendar year or so that former Memphis center James Wiseman would go No. 1 overall in the 2020 NBA Draft.

Fresh off a drama-filled season between Wiseman and the NCAA that saw him compete in just three games, that might no longer be the case.

Georgia guard Anthony Edwards has risen up draft boards in recent months after a sensational freshman season with the Bulldogs. He’s now favored to be the first pick once the draft comes calling.

That’s a pretty big margin between Edwards and Wiseman. It could also have something to do with recency bias. Wiseman averaged 19.7 points and 10.7 rebounds in limited action with the Tigers. Meanwhile, Edwards shot a surprisingly low 40% from the field as a freshman.

We do have Edwards being one of the top players selected should the draft take place as scheduled in June. Wiseman is right up there, too.

Based on team records prior to the NBA season being suspended, the Golden State Warriors could very well earn the first pick. That would shake up the odds a bit with fellow guards Stephen Curry and Klay Thompson already on their roster.