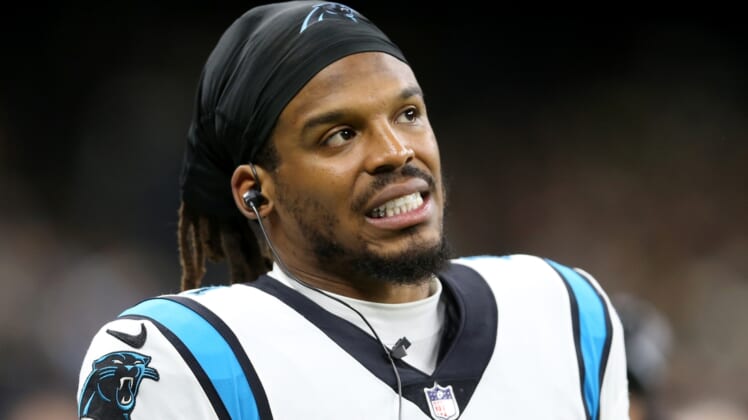 “I have teams that are interested in signing me,” he wrote ESPN in a text on Tuesday. “I am waiting on the best fit as it pertains to winning a championship and getting a fair chance to play.”

Newton, who turns 33 in May, went 0-5 as a starter after rejoining the Panthers last season.

Carolina coach Matt Rhule confirmed Tuesday that he has maintained contact with Newton.

“I love Cam Newton,” Rhule said at the NFL owners meeting in Florida, per ESPN. “He’s an amazing leader. He’s an amazing football player. Everything we do has to be right for the organization, right for him.”

The three-time Pro Bowl selection started 15 games for the New England Patriots (7-8 record) in 2020 after playing his first nine seasons with Carolina.

He would face competition in Carolina from Sam Darnold, 24, who went 4-7 in his first season with the Panthers in 2021 after three years with the New York Jets.