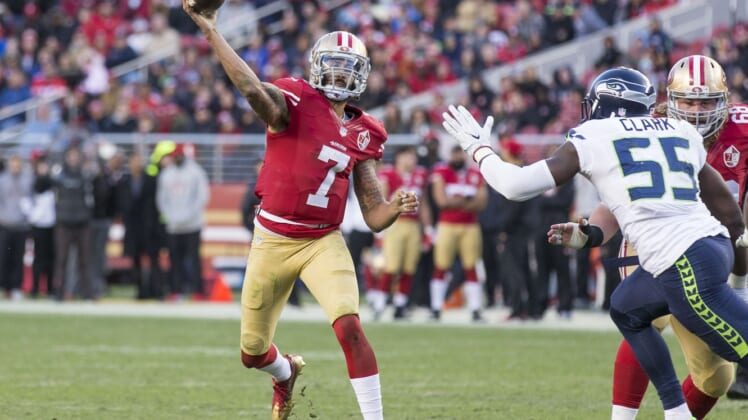 Former San Francisco 49ers quarterback Colin Kaepernick has been out of the public eye for some time now. Kaepernick’s NFL career came to an abrupt end following the 2016 season after he started the now-infamous National Anthem protests that summer.

Though, the former Super Bowl quarterback has continued to do work behind the scenes with donations and the ilk to help fight racial injustice in the United States.

He’s now stepping up to help those most impacted by the ongoing COVID-19 pandemic. Through his Know Your Rights campaign, Kaepernick has donated $100,000 to help minority communities combat the growing pandemic.

This is an absolutely tremendous gesture from the divisive civil rights figure. It’s also going to help a community that has been ravaged by the virus.

Mortality rate from COVID-19 among the African-American population is 2.6 times higher than the Caucasian population in the United States.

It certainly is an alarming disparity rooted in socioeconomic differences and the fact that minorities are forced into roles as essential employees during these most difficult of time.

Kaepernick’s donation is obviously going to help in this regard.