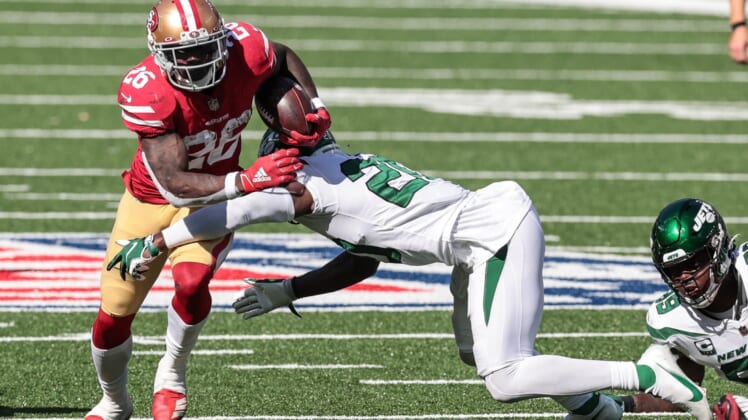 The New York Jets bolstered their backfield Wednesday, agreeing to a one-year deal with running back Tevin Coleman, according to multiple reports.

The 27-year-old running back played only 22 games in two seasons with the 49ers, rushing for 597 yards and six touchdowns.

Coleman was limited to eight games in 2020 due to knee injuries.

Coleman was drafted by the Atlanta Falcons in the third round of the 2015 NFL Draft.

He spent his first four seasons with the Falcons and set career highs of 167 carries for 800 yards in 2018 before joining San Francisco in 2019.