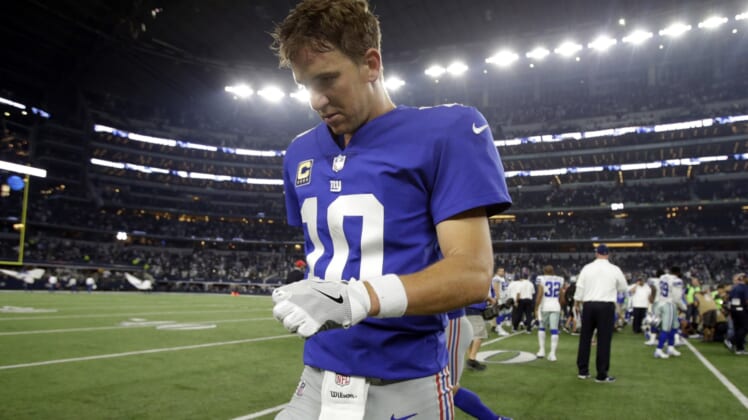 To say that this has been one huge dumpster fire of a season for the New York Giants would be an understatement. New York heads into Sunday’s game with a 2-9 record and in the midst of more drama following the “benching” of Super Bowl winning quarterback Eli Manning.

Whether head coach Ben McAdoo is on the sideline next week against Dallas remains to be seen. What we do know is that a group of former Giants players will be on the sideline. Not only that, said group will reportedly take part in a silent protest by wearing Manning jerseys.

Group of former Giants discussing plan to go to Giants game next week all wearing Eli jerseys on sideline. How will team handle that?

This could turn even uglier in a short period of time. Per Jay Glazer’s report, this group of ex-Giants are planning on wearing said jersey with or without the approval of the team.

Certain former members of the Big Blue have spoken out on the way this organization has treated Manning. Meanwhile, there’s been a major rift between McAdoo and the team’s brass as it relates to the Manning situation.

It’s not yet known which former members of the Giants will take part in the protest. But it’s most definitely something to watch over the next week.