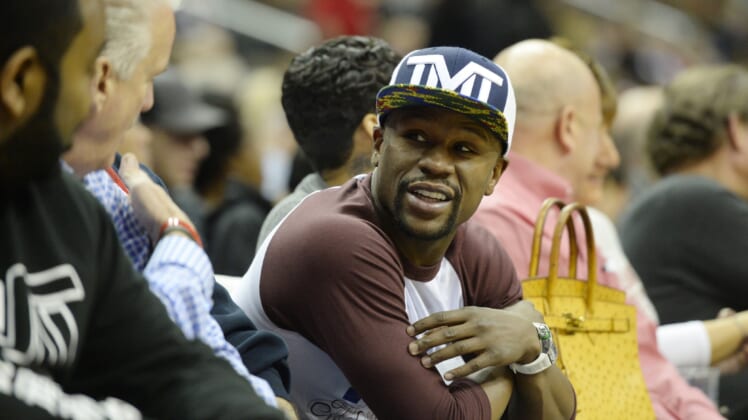 It’s like the Elton John farewell tour all over again. After announcing his retirement from boxing back in 2007 and 2015, Floyd Mayweather is apparently now completely done with the “brutal sport.”

“Boxing is a very, very brutal sport. In the last few years a lot of fighters have died inside that squared circle,” the 42-year-old Mayweather tells Reuters. “You have got to know when to hang it up. I had a great career.”

Boasting a 50-0 career record, Floyd has appeared in (and won) all 11 matches since he first announced his retirement a good 15 years ago. Though, the champ has not been in the ring since Aug. 2017 when he defeated Conor McGregor.

If true, this means that there will be no rematches against either Manny Pacquiao or Canelo Alvarez.

Color us skeptical, as Mayweather has always been in it for the drama. If you continue to announce this is the end and come back, it’s going to draw more of an audience and increase your payday.

Just ask those old-time musicians who seemingly go on retirement tours every five years. This is no different.