Greg Knox, the special teams coordinator and running backs coach, will serve as the interim coach for the Gators’ season-ending game on Saturday against Florida State.

Mullen, 49, leaves Florida with a 5-6 (2-6 SEC) record this season and a 34-15 overall mark, including 21 SEC wins in four seasons. The Gators appeared in three New Year’s Six bowl games, winning two, and in the SEC championship game during his tenure.

He coached Mississippi State to a 69-46 record over nine seasons before taking the job at Florida. 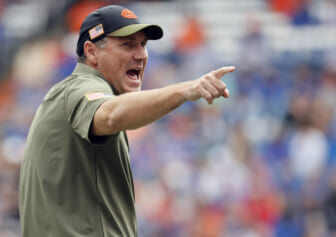 The hot seat had grown for Mullen since a 20-13 loss to Kentucky on Oct. 2 moved the Gators to 3-2 on the season. Florida was No. 10 in the Associated Press Top 25 entering the game, fell to No. 20 and then cratered out of the poll.

The Gators lost 24-23 in overtime to Missouri on Saturday, their ninth loss to a Power 5 opponent in their past 11 games. Their wins this season have come against Florida Atlantic, South Florida, Tennessee, Vanderbilt and Samford.

Calls for Mullen’s firing intensified after the Samford game, when the Gators scored 70 but gave up 52 to an FCS school that just three weeks earlier had lost 55-13 to fellow Southern Conference school Chattanooga.

The Mullen Era ends with the Gators winning just one of four games against bitter rival Georgia and going 0-2 against Alabama. 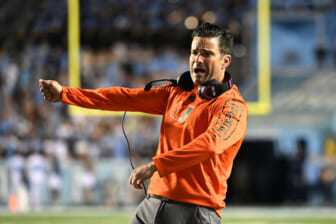