Five changes the XFL must make to save itself from collapse 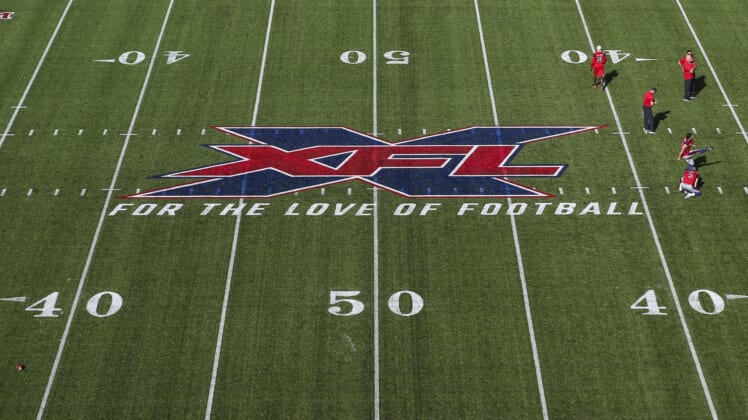 The XFL has passed the midway point of its relaunched season and the novelty has worn off. While there’s plenty football fans still enjoy about the league, television ratings and fan attendance are declining. If the XFL wants to avoid suffering the kind of collapse that leagues before it experienced, it must start making drastic changes to avoid the inevitable.

As the league’s television ratings continue to decline and fans watching at home see giant stadiums more than half-empty, the XFL is operating on borrowed time. While Vince McMahon’s pockets are deep, there’s no escaping that the XFL isn’t making any money on its current television deals and any drop in attendance further hurts the league’s revenue.

Drastic changes can’t be made to save the 2020 season. The XFL could encounter even more bumps and could suffer an even greater hit in viewership before the playoffs arrive. Rather than make small changes during the season, the league would be better off planning for big moves to put itself in position to succeed next year.

Here are five changes the XFL must take to save itself from collapsing once again.

Keep P.J. Walker at all costs

The XFL hoped it found star power when it brought Landry Jones and Cardale Jones into the league. While both quarterbacks have been major disappointments, P.J. Walker is running away with the MVP award and is already attracting interest from NFL teams. Walker’s rise is a great success story and he deserves a roster spot in the NFL, but it would also hurt the league if he leaves.

We’ve seen this season that, even more so than the NFL, quarterback play has a profound impact on the standings. The Roughnecks are riding hot with a 5-0 start behind Walker’s outstanding play. Meanwhile, no team is within a game of them and there’s seemingly no great threat to challenge them. If the XFL loses Walker to the NFL, it can certainly promote itself as a pipeline to the NFL. But that will also be the last thing people remember it by when horrific quarterback play and sputtering offenses send the league crashing down.

The XFL strategically chose its locations to try and maximize its marketability. New York, Los Angeles, Dallas, Houston, Washington D.C. and Tampa Bay are among the top-12 television markets in the country. Unfortunately for the league, fans in Los Angeles and Tampa Bay aren’t showing up for games and the venues look half empty in other cities.

Changes need to be made put more fans in the seats and to make stadiums look closer to capacity. The Guardians need to move on from MetLife Stadium (82,500 seats) and into Red Bull Arena (25,000 seats), which would look better on television and keep the fans happy. Meanwhile, the XFL should move the Wildcats to San Diego, a market that shows more of a willingness to attend games. Lastly, expansion can’t be considered as there’s not even enough competitive talent for eight teams.

While bringing in recognizable names is a great approach with players, it’s not always ideal with coaches, as we’ve seen this year. The XFL brought in Marc Trestman, Jim Zorn, Bob Stoops, Kevin Gilbride and Pep Hamilton as coaches. Unsurprisingly, coaches that stopped innovating and were pushed out from top positions in the college and NFL ranks aren’t bringing anything new to the table in the XFL.

It’s unfortunate since the XFL created exciting rules that were meant to create bigger plays and more scoring. But the XFL put the fast cars in the hands of drivers who like to drive below the speed limit. This league needs young, innovative minds who want to prove themselves and could even be a little reckless. When the offseason arrives, the XFL needs to open its pockets and lure some young coaches on the rise from the college and NFL ranks. If they can do that, fans might finally start to see the football they were sold on.

We’ve talked about this from the player’s perspective previously. While it makes a ton of sense for college stars to think about giving the XFL a shot, it’s an even easier decision for the league to bring them in. While landing someone like Trevor Lawrence or Justin Fields is almost certainly out of the question, the XFL can find players willing to get that paycheck.

Perhaps the XFL can put in a call to USC Trojans quarterback JT Daniels. He can spend his offseason rehabbing from a torn ACL on the league’s dime and then look to prove himself next season. The XFL could reach out to running backs like Chuba Hubbard or Kylin Hill, convincing them that they can make far more money in the XFL. McMahon’s pockets are deep and if he really wants this league to thrive, he must inject it with some of the top talents from college football at whatever the cost.

From a player getting ejected and then immediately hanging out with fans to players throwing their teammates under the bus on a microphone, chaos is where this league thrives. It also benefits on the rare occasions when coaches draw up trick plays. But all of those moments have been sporadic in the XFL’s reboot.

We’re not asking for McMahon to bring back the old XFL, which got so crazy that it essentially had to be shut down. Instead, the league needs to find a balance between what it is then and what it is now. The XFL needs rivals that hate each other, pregame scuffles that lead to penalties and get the fans excited. Really, the XFL owes its fans everything that it has failed to deliver on. All of these changes are how that can happen and failing to make them will end in the XFL collapsing one final time.