As expected, Ben Simmons and Brandon Ingram were the first two picks of the 2016 NBA Draft. After that, we got more than a few surprises thrown our way. Some where mildly surprising, while others were borderline jaw droppers.

In some cases, the big surprises were who got drafted, or who didn’t. In other cases, the surprise came in the form of a trade.

Now that the first round is over, what were the five biggest surprises of the 2016 NBA Draft?

If the Celtics were going to hold the No. 3 pick, Providence guard Kris Dunn seemed to be the guy. Only hours before the draft, Jonathan Givony projected the C’s would take Dunn.

Dunn would have made sense. Given Boston’s shooting woes, trading for a shooter or trading down a few spots to take Buddy Hield would have also made sense. Jaylen Brown didn’t seem like a great option.

Brown is a fine player, but he’s not a great fit in Boston. If the Celtics are planning on keeping him (which is apparently the case), this is a surprise.

The Celtics had poor shooting in 2015-16. If they are going to be real contenders in the Eastern Conference, that has to change. They had a chance to do that early in the draft and didn’t take it. 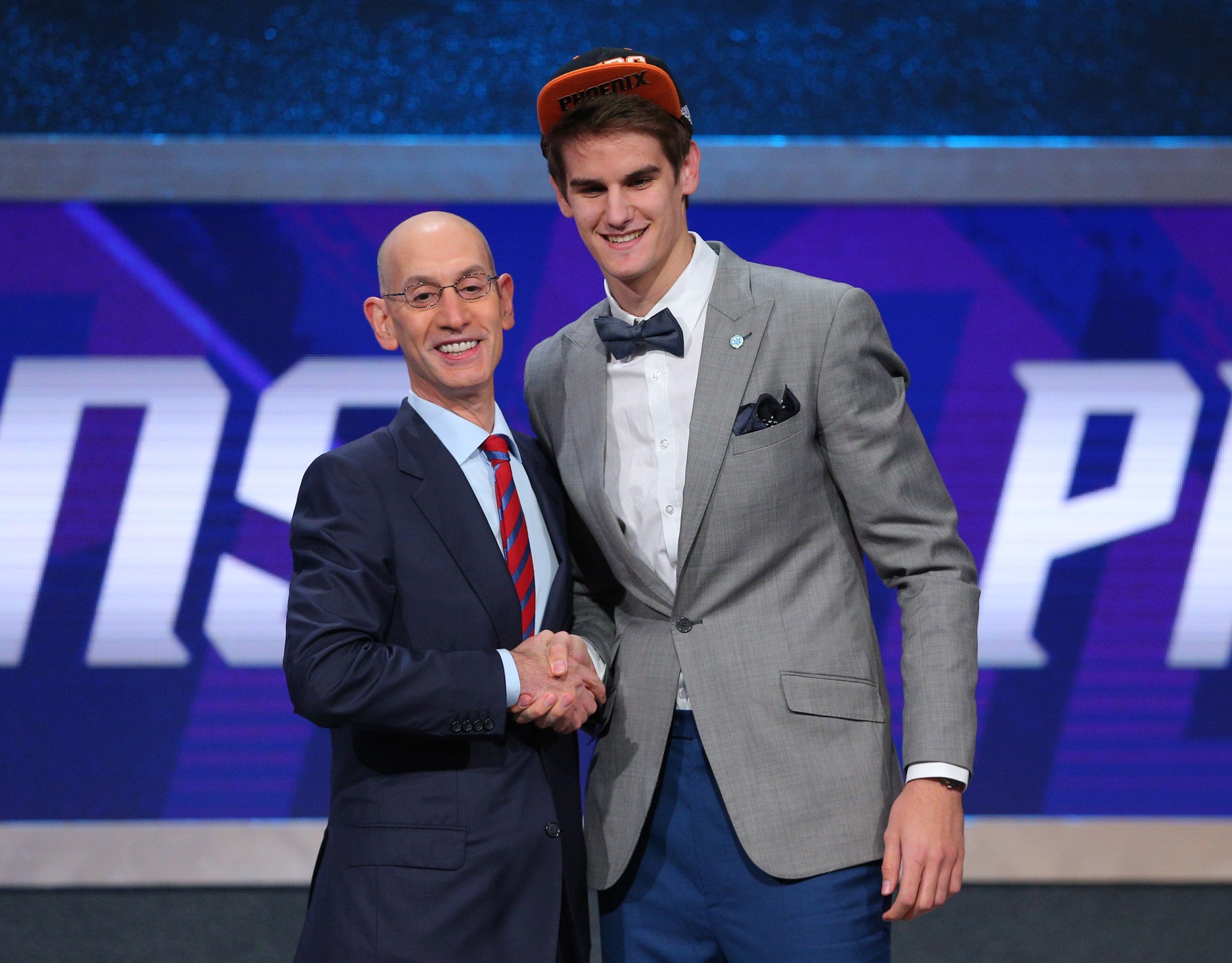 It seemed puzzling when the Suns drafted Dragan Bender No. 4 instead of Marquese Chriss. Things started to make a little more sense when reports came in that the Sacramento Kings were drafting Chriss at No. 8 for the Suns. The two power forwards plus some sweeteners will be traded for each other. That’s really easy, right?

Not quite. Bender was not involved in the trade.

So, to recap, the Suns essentially wound up drafting two power forwards with the first eight picks. Did they hire David Kahn as a consultant and not tell anyone?

For now, we’ll just say that there’s a reason that these teams end up in the lottery basically every year.

3. Georgios Papagiannis to the Sacramento Kings at No. 13

The other half of this trade was just as baffling. After the Suns’ confusing selection, the Kings would not be outdone, raising more than a few eyebrows with the No. 13 pick. Picking for the Kings, the Suns made an off the board selection with Greek center Georgios Papagiannis.

One man who did not seem pleased was DeMarcus Cousins.

Lord give me the strength 🙏🏿

The Boogie issue remains unresolved. What does a center going in the lottery mean for Cousins’ future in Sacramento? It could be nothing. Maybe the Kings just took Papagiannis to back Boogie up. Granted, that wouldn’t make a lot of sense, but that’s never stopped Sacramento before.

Even if the Kings haven’t agreed on anything, smart money says that a trade has at least been internally discussed.

Coming from South Sudan, few people have made a more incredible journey to the NBA than Maker. His internal will and toughness can not be denied.

The problem is that Maker’s game is still very raw. He’s a project pick, and going in the top 10 was a serious reach.

That’s not to say that Maker won’t be good. Heck, he could end up being the best player from this draft. We can’t possibly know that now.

But trading down would have also been a strong option. We’re not talking about trading down just a few picks, either. Had Milwaukee done that, they could have still ended up with Maker plus an extra asset or two.

It might end up working out. But Maker’s selection was shocking at No. 10. 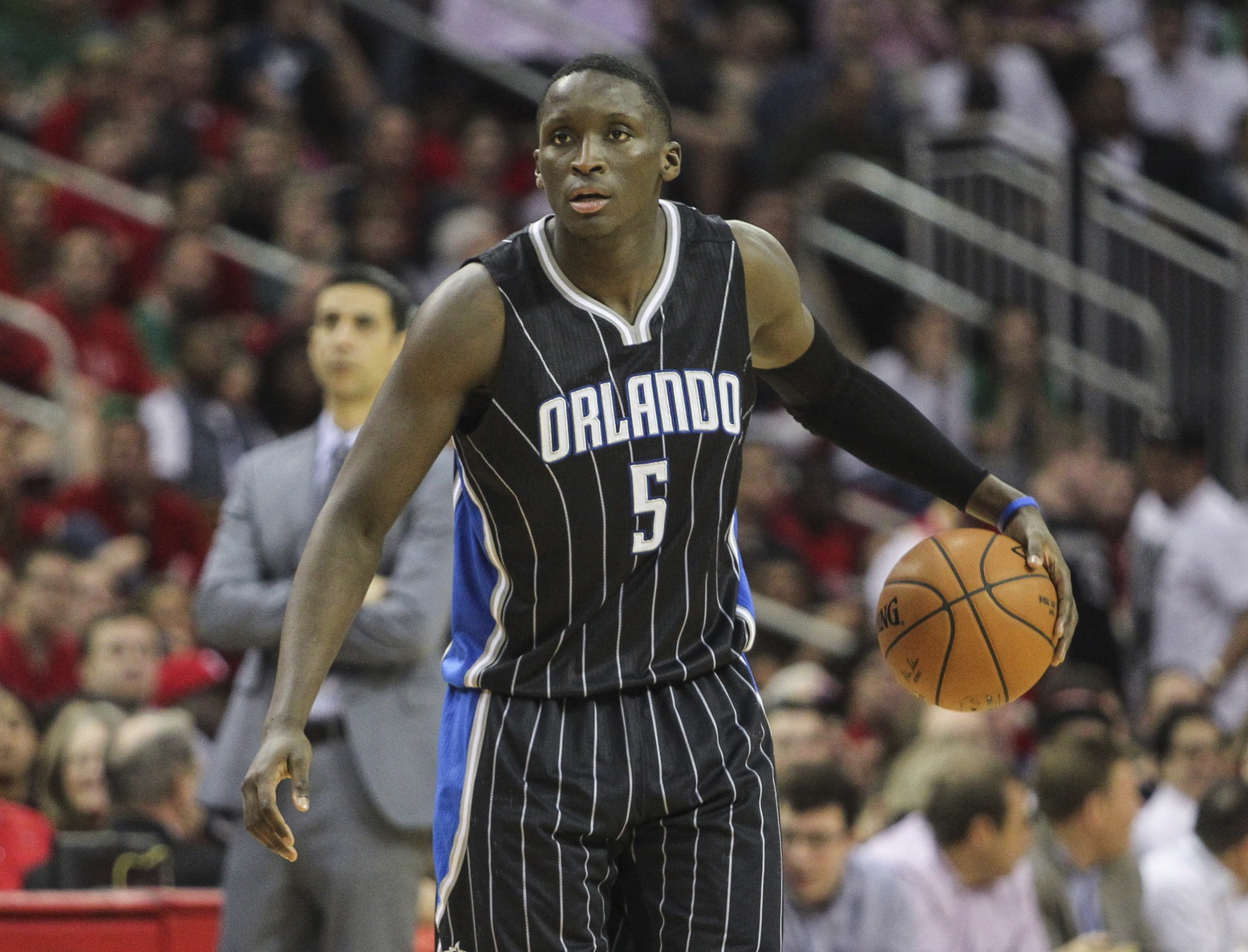 Moments after the Magic selected Domantas Sabonis with the No. 11 pick, he was moved with Victor Oladipo and Ersan Ilyasova to the Thunder for Serge Ibaka.

That’s a genuine blockbuster that gives OKC a rotation that looks phenomenally deep on paper.

Oladipo and Russell Westbrook are an exceptional defensive backcourt. We don’t know much about Sabonis’ NBA chops right now, but he and Steven Adams seem to be cut out of a similar cloth.

As far as Orlando goes, what could they have possibly been thinking? Teams like the Magic need to focus on getting deeper. That trade made them a thinner team, and while Ibaka is a good player, he’s clearly regressed over the last few seasons. That’s way too much to give for a guy who’s never been anything more than his team’s third-best player.