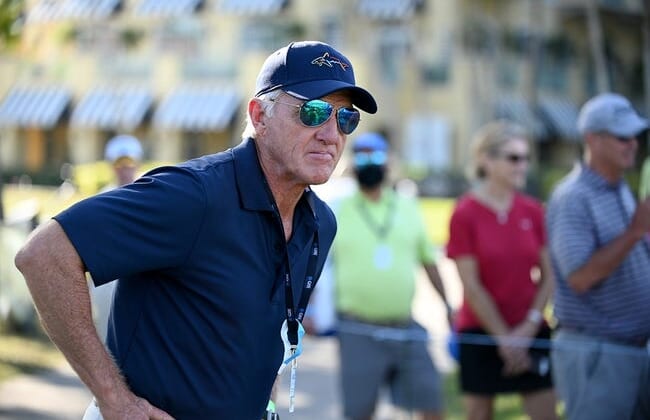 Coverage of this week’s inaugural event in the LIV Golf Invitational Series will be streamed on the organization’s website as well as on YouTube and Facebook.

The Saudi-backed rival to the PGA Tour also announced Monday that Arlo White will anchor the three-person broadcast booth with Jerry Foltz and Dom Boulet. White was the longtime voice of NBC’s coverage of England’s Premier League soccer.

On-course commentator Su-Ann Heng and on-course reporter “and social influencer” Troy Mullins also will contribute to the coverage starting with Thursday’s opening round at the Centurion Club outside London.

LIV Golf said more than 50 cameras and 16 different towers will be used, along with player and caddie mics, to follow all the action as the 12-team, 48-player field opens with a shotgun start.

“The LIV Golf broadcast will be unlike anything fans have seen before,” chief media officer Will Staeger said in a press release.

“The innovations we are introducing to the sport will be distributed to existing and new audiences all over the world as we deliver golf coverage dedicated to entertainment and access. We’ve built a world class production team that has combined the industry’s best practices with a reimagined experience for viewers to create a one-of-a-kind broadcast. We’ve been counting down the days to Thursday’s start so fans can tune in and watch what we have been working on.”

Names in the field include Dustin Johnson, Sergio Garcia, Louis Oosthuizen and Kevin Na. The PGA Tour has warned its members of disciplinary action for participating in LIV Golf events.

Na resigned from the PGA Tour on Saturday.