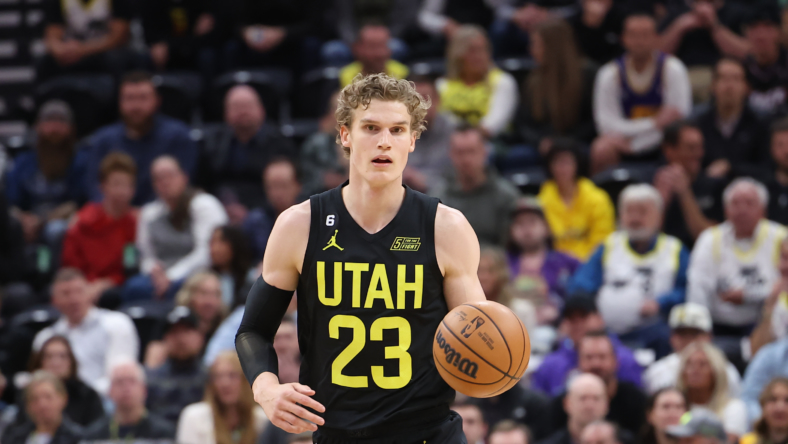 The Utah Jazz has been the biggest surprise in the NBA this season. No one expected the team to be this good after trading away their All-Star duo, Donovan Mitchell and Rudy Gobert. So far this year, the Jazz have exceeded all expectations and are a more well-rounded squad.

The Utah Jazz are 10-3 and have the best record in the Western Conference. They’re looking forward to adding to their wins against the Washington Wizards tonight. Their wins aren’t a coincidence either. Watching them on the court, the players look determined, and their movements are well calculated.

Related: NBA power rankings – Ranking all 30 teams in the Association

The big question now is, how long will they be able to keep playing at such a high level? We take a look at what the Jazz are doing to earn their unexpected success to being the 2022-2023 season.

While team president Danny Ainge deserves credit for their achievement, the coaching staff should have a mention, too. New head coach Will Hardy has done a tremendous job incorporating his system into his players’ skill set. For a rookie head coach to achieve this feat early in his coaching career means he’s probably doing something impactful.

In Hardy’s case, he’s making the entire team touch the ball in almost every possession. It’s reminiscent of the San Antonio Spurs’ “Beautiful Game” in 2014 when they won their fifth title. Watching the Jazz play this season is like poetry. They’re not shy in sharing the basketball on every trip down. Not to mention, they have outside shooters in every position, making them more grueling to defend.

Over the past four seasons, the Jazz ranked at the near bottom of the league in assists. That was when Mitchell and Gobert were both the cornerstones of the franchise. Now, with a new system, Utah is fifth overall in the NBA in assists per game with 27.7. It’s an immense improvement and a clear indicator of why they’ve been playing better.

Their passing is their biggest weapon so far. Last season, they averaged 266.0 passes and had problems moving the basketball. Currently, they are averaging 287.9 passes. Although it’s not a massive difference, it’s evident that they’re playing more like a team this year.

Defensively, they’ve been able to maintain their standard as well-disciplined defenders. So far this year, the Jazz are ranked ninth in defensive rating, which is impressive given who their players are. Last year, Utah finished the year in ninth place, with Gobert protecting the paint.

Lauri Markkanen is playing at an All-Star level

Let’s also not forget that Lauri Markkanen has channeled his inner Dirk Nowitzki this year. From averaging 14.8 points, 5.7 rebounds, and 1.3 assists with the Cleveland Cavaliers last season, Markkanen has taken charge of the team’s scoring responsibilities.” The Finnisher” is averaging 22.7 points, 8.8 rebounds, and 2.5 assists while shooting 52.7% from the field and 34.1% from the perimeter this season.

The former seventh overall pick in 2017 has become a fan favorite to win the Most Improved Player award. In their most recent outing, Markkanen scored 32 points to get the win against the Atlanta Hawks. I’m hoping he’ll become the next face of the Jazz franchise, although it’s too early to tell. But he has the perfect opportunity to become the next star for Utah.

While the season is still young, the team has shown loads of potential with their current roster. They’re not a perfect team, and the squad can still improve in many aspects of the game. Let’s hope this isn’t just a strong start. Instead, it should be a strong 2022-23 season for the Utah Jazz.